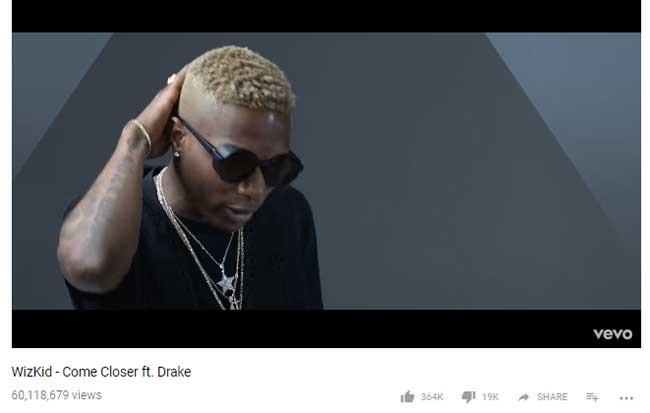 The song however, seemed like one that could suffer when the video was released, and Drake failed to feature in it.

But the 2017 hit song has now reached 60 Million views on YouTube, meaning it has been viewed over 60 million times.

We checked it out, confirmed the figure and added one more view to it. It’s a great song, isn’t it?

The song also won two awards at the Headies Awards.