Emme Godiff, a young woman ended up bleeding to death after a junior doctor on a Saturday shift accidentally punctured her stomach wall with a needle.
According to The Sun UK, Emme Godiff was having fluid drained from around her internal organs when the medic tried to insert the syringe – only for it to “kink”.
Emme sent a WhatsApp message to her gran saying: “I’m not letting another fkn student touch me again,” but her condition deteriorated and a subsequent scan showed the procedure had caused a severe bleeding which failed to clot.
She died the following day from internal bleeding into a cavity next to her stomach despite efforts to save her.
At an inquest, Salford Royal Infirmary in Greater Manchester admitted the mistake following an inquiry into last May’s tragedy but said ”less staff” were on duty at a weekend.
The doctor who performed the procedure has not been named.
Emme, from Longsight, Manchester – described as ”bubbly and beautiful” by her family – had been admitted to the hospital on May 5 with a chest infection after complaining of stomach pains and swelling.
On May 17 a ”drain” needle was successfully inserted into her stomach to relieve fluid around her organs.
But tragedy struck three days later when the junior doctor attempted to insert a second drain whilst being supervised by a senior colleague.
But the needle “kinked”, resulting in no fluid being released from Emme’s stomach.
Although a senior doctor successfully inserted the needle three hours later, the bleed was only detected at 3am on May 21 when a CT scan was performed after she continued to complain of stomach pains.
She died later that day.
Emme’s gran, Nora Summers, 73, told the Bolton hearing: “I got a message from Emme saying that she was ill and had to go to hospital.
“I went to see her while she was in hospital, and she seemed to be doing better or was at least stable. She did message me about a student nurse stabbing her with the drain and doing it wrong, and that she didn’t want them doing it again.
“Has anything been done so this doesn’t happen again and why wasn’t I informed when she was in a bad state so I could have spent some time with her before she died.” 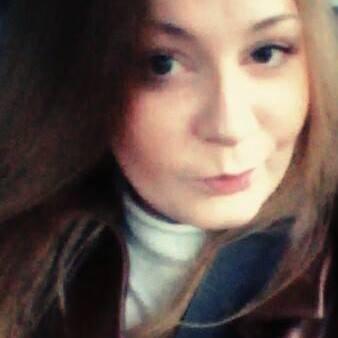 A post mortem report showed Emme had an enlarged liver and abnormal liver functions caused by excessive drinking.
Consultant Adam Robinson who headed up the investigation, concluded that nothing else could have been done to save Emme because she was so ill, but that they would learn from it.
He added: “There are more staff during the week 9-5 but over the weekends there are less staff.
”We are progressing with a policy because of what has happened. There was no way of predicting what was going to happen. Lessons have been learnt and things are being changed on the outcome of this.”
Woman Bleeds to Death After Junior Doctor Accidentally Punctured Her Stomach With a Needle was last modified: November 28th, 2017 by Arinze Ago