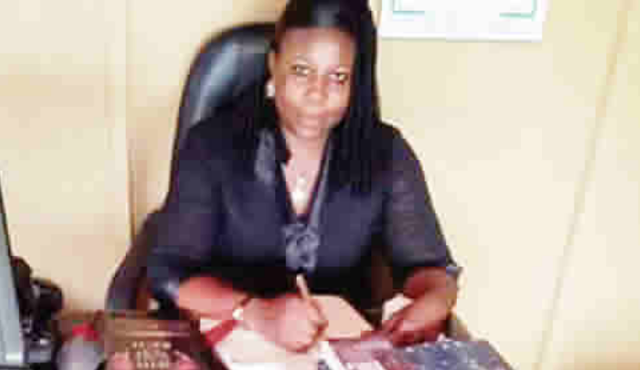 There was pandemonium amongst traders of Warewa community, in the Obafemi Owode Local Government Area of Ogun State, after they were swindled of N2m by a wonder bank owner, identified as Ngozi Adline.

Adline, who is from Imo State, operated under the name  Link M Investment Limited.

She had two employees, Oluwatoyin Adebayo and Esther Adelanwa, who usually go out to collect money from customers. After collecting up to N2m from residents, she fled in August 2016.

One of the workers, Adebayo, said that each time some of the customers showed up to get a loan or try to get some money from their savings, Adline would make up a story why the money was not readily available.

She added that since they (Adebayo and Adelanwa) were the ones collecting money from the residents, they are now been held responsible for the loss of their money.

Adebayo said the theft has been reported at the Warewa Police Station, saying:

“We collected money for her (Adline) daily and weekly from customers. She promised to give those that wanted to save for three months five to 10 per cent interest. We started in April and everything went well, while our customers were satisfied.

“However, after about four months, we started having problems with the customers.

“The issue was that at the end of that month, she refused to bring money for disbursement to customers that needed loans and wanted to collect their savings with interest.

“Sometime in August 2016, she absconded with over N2m. We are the ones that the customers know; they don’t really know her. So, we have been struggling to refund them. She has put us in trouble. She is from Imo State. Policemen followed us to her residence in Ibafo, where we were told that she had relocated.

“We learnt that she had earlier had problem over money with some residents and was arrested by policemen from the Ibafo Police Station. But she was later released. We spoke with her on the telephone until December 2016. Suddenly, we can no longer reach her on the line. We even pleaded with her to refund the money piecemeal, she refused. Some customers who saved N1,000 on a daily basis have not been refunded at all.”

Adelanwa also narrated her part of what happened, she said:

“The woman ran away with more than N2m. Adline’s phone number has not been going through. Customers are embarrassing us. We owe about 60 people. They have locked up the office,” she said.

A trader, Mrs. Amirat Salaudeen, who is into laundry services said:

“I started contributing sometime in April 2016. I paid between N1,000 and N2,000 every day, depending on the sales I made. I paid in for eight months. I have got only N50,000 out of my saving. I planned to use my saving to boost my business. It is painful and I am very disappointed,” she added.

The Ogun State Police Public Relations Officer, ASP Abimbola Oyeyemi, said it was difficult for the police to track down the woman because her business was not legitimate and wasnt properly registered.

“They should do private investigation on their own and find out where the woman is. Then, they can inform the police and she will be arrested.

“The police have done the right thing by going to her house. We are not to blame and cannot perform magic to find the woman.”