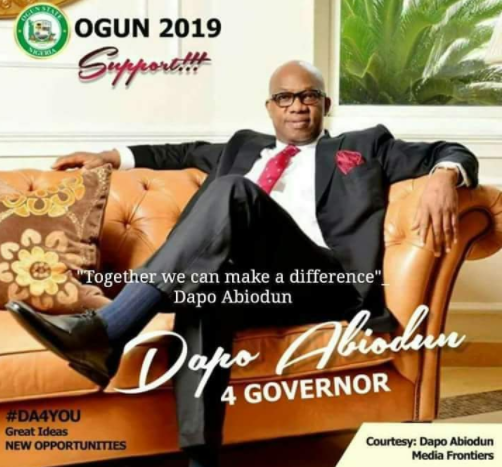 Before the sudden death of his son DJ Olu this past weekend, wealthy businessman, Dapo Abiodun, had the ambition to become the next governor of Ogun State come 2019.

His campaign posters have been on social media as far back as February this year and a couple of dedicated social media accounts have been spreading and campaigning for the Ogun State Prince.

In 2015, Dapo Abiodun contested for the Ogun East Senatorial seat but lost to Buruji Kashamu.

Its not clear if he’ll still go on with his governorship campaign after the demise of his son.