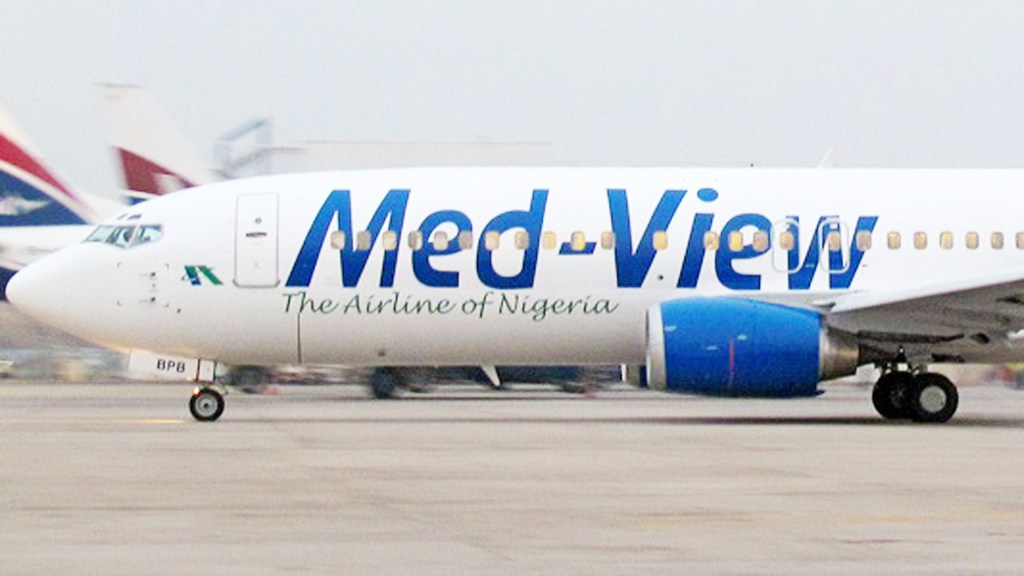 A Medview Airline flight from Lagos to Yola was on Tuesday, February 28, 2017 aborted after the pilot observed a fault in the aircraft’s cooling system while preparing for take-off.

Obuke Oyibhota, media consultant to Medview Airline, confirmed the incident to the News Agency of Nigeria (NAN) in Lagos.

Mr. Oyibhota said the aircraft, carrying over 100 persons, was still taxiing at the runway of the Murtala Mohammed Airport, Lagos, when the fault was observed.

“The incident happened around midday. The aircraft did not make an air return. The plane was taxiing when the Captain in charge noticed that the cabin was hot.

“If he had taken off, it could have stabilised the cooling system but as a precautionary measure, he taxied back to base.

“That was what happened and nobody was hurt. The said aircraft is on ground and our team of engineers are examining the aircraft to ascertain what led to it,” he said.

According to him, the passengers disembarked and were transferred to another aircraft to continue their journey to Yola en route Abuja.

Mr. Oyibhota said Medview Airline remains committed to the safety and comfort of its passengers.

He added that the action of the pilot was in accordance with the Standards and Recommended Practices (SARPs) of the International Civil Aviation Organisation (ICAO).

A passenger on the airplane, Oladejo Olowu, told PREMIUM TIMES that affected passengers had been lodged in a hotel in Lagos.

He said passengers travelling to Abuja were scheduled to join another flight by 4:30 p.m. Tuesday, while a new flight was scheduled for 8:30 a.m. Wednesday for those travelling to Yola.

Mr. Olowu, a professor, said passengers had suspected that the plane, with flight number VL 2102, was faulty before takeoff.

They were assured by the pilot and the crew that all was well, the passenger said, adding that the plane had to return to the Lagos Airport due to the problem few minutes after take-off.

The Medview incident happened a day after a Boeing 737 aircraft belonging to Air Peace on Monday suffered a burst tyre while preparing for take-off at the Murtala Muhammed Airport, Lagos.

The incident forced the pilot to abort the flight which was to convey 105 passengers from Lagos to Abuja.