You Have To Be Tough To Work With FASHOLA 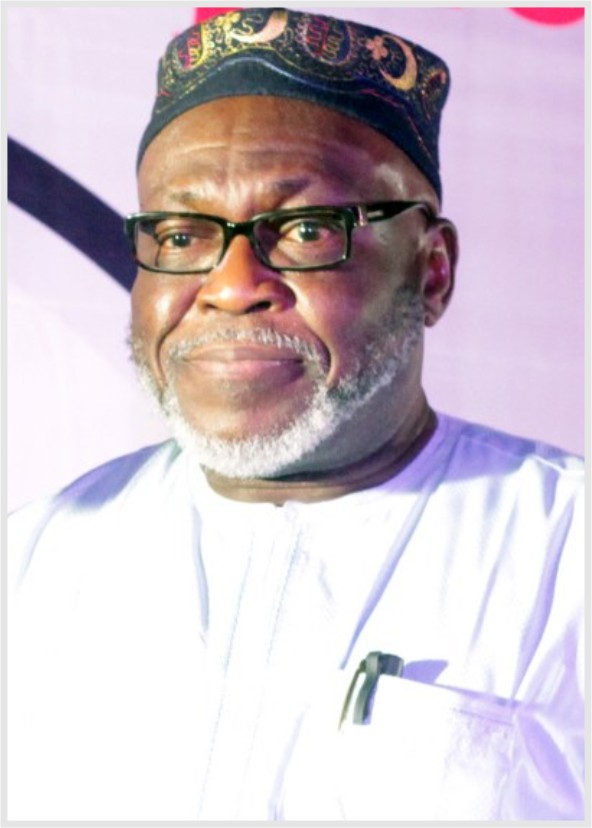 The Honourable Minister of Works and Housing, Mr. Babatunde Raji Fashola (SAN, CON), is a man who needs no introduction. The very mention of his name triggers excitement anywhere. This is because he is hugely loved and respected even by those who do not necessarily like him. But if truth be told, how many people, really, can dismiss the incredibly brilliant former governor of Lagos state, whose legacies and achievements in Lagos state remain unmatched? Over the years, this enigmatic minister has proven without a shadow of doubt, that he will remain one of the country’s brightest minds and possible prospect to help lead the affairs of this country in no distant future. A relentless workaholic whom the word ‘impossible’ exists not in his dictionary, Fashola has been able to assemble a powerful and reliable team of hardworking and tenacious men who work round the clock with him to ensure that they deliver on their targets as demanded by the president, Muhammadu Buhari, and Mr. Biodun Oki, his Special Adviser on Housing Development is a member of that powerful team.

Having spent 12 eventful and successful years as the Managing Director of LSDPC, leaving behind achievements of massive proportions that have been impossible to replicate at the corporation, Mr. Biodun Oki, clearly, is one of the highly experienced hands working with the minister in Abuja at the moment. He had worked closely with the minister while he was MD of LSDPC and Fashola was governor of Lagos State. So, they know each other inside out. The Minister, obviously was impressed with Mr. Biodun Oki’s performance while he was MD of LSDPC and didn’t think twice about asking him to come over to join him in Abuja when he took a bow as LSDPC boss. But Mr. Biodun Oki will tell you that is where it all ends with the Honourable Minister. When it comes to work, he puts friendship aside and demands absolute commitment and impeccable performance from everyone working with him. If you do not meet his expectations, you are not likely to be his friend.

Mr. Biodun Oki, aka Seriki Onile, a title given to him by Asiwaju Bola Ahmed Tinubu, was at the City People’s Real Estate Award held two Sundays ago. He came to pick up the Best Housing Minister of the Decade award on behalf of his principal, the Honourable Minister, Mr. Babatunde Raji Fashola (SAN, CON). Before he left the venue of the event, he spoke with City People’s Senior Editor, WALE LAWAL (08037209290) and revealed a few things about his principal and the working relationship they share.

How long after you left that you now got appointed as Special Adviser to the Honourable Minister, Mr. Babatunde Raji Fashola?

I left LSDPC in June or July, 2015 and got appointed December, 2015. I thought I was going to relax because that December I had turned 60 and I was thinking of relaxing and taking things easy. But suddenly, I got this call from the office of the Minister that he wants me to come and start work as the Special Adviser on Housing Development.

How did that appointment make you feel at the time? How surprised were you that it even came?

You see, when I was in LSDPC, according to the Act, if I have no board of Directors, the governor is the Chairman. So, the governor then, Mr. Babatunde Raji Fashola, was my chairman.  Everything I did then, I had to seek his approval. So, he had seen so many things about me. We had worked closely together. Before then, 2003 to 2007, Asiwaju Bola Ahmed Tinubu was my chairman. It was during one of the commissioning that Asiwaju decided to honour me with a Chieftaincy title, the Seriki Akoleta of Lagos, and that’s how people started calling me Seriki. Some don’t even know my name, they just say, ‘go and meet Seriki.’ So, I worked with Mr. Raji Fashola for eight years and you know, he was Chief of Staff before becoming governor, so I worked closely with him for 12 years. He knows everything about me. When he now picked me as his Special Adviser and said I have to come to Abuja, I said, well, if it is you, I have no other choice, I have to accept the offer and leave for Abuja.

And how has the experience been, working at the federal level?

Working at the federal level is a different ball game. There are so many states involved. Unlike when I was in Lagos, it was only Lagos, and maybe places like Badagry, Epe. But at the federal level, its all the states. Then, I was lucky. We started travelling, visiting each state. All the states gave us land to come and develop, so I had to visit all the states to ensure that all the lands they are giving us are good ones, and also ensure they are not located somewhere inside the bush. I remember what happened in Ekitiu State when I discovered that the land they gave us was in the bush and Fayose was the governor. And I met the Governor and I told him the land they gave us was in the bush. He said, no, he will go there with me. We went there together and he said, they cannot give us that place. It was in the bus on our way back that he called his Chief of Staff that he should let the Commissioner of Lands meet him immediately in the office when we get there and when he came, they changed the location immediately. And remember, Fayose was in the PDP and we were APC, he said if the federal government was bringing money to build houses for my people, why should I refuse or not make the job easy for you? Let me give them land. He said, but when you’re commissioning it, I will be there as the governor and I said, why not?

Oh, he is a fantastic human being. A fantastic person to work with. You know I told you I have worked him first for eight years. Four years as Chief of Staff, eight years as governor, and now, I am working with him again since 2015. He is truly a fantastic guy. He has a lot of wisdom. He has a lot of stuffs in his brain that you can tap from. If he wants you to get something done, you have to get it done, no excuses. Once you have agreed with him on something, don’t come back the second or third day and say, we can’t. There is nothing like we can’t in his dictionary. He dislikes hearing such things. You must find a way to do it and deliver your part of the project. So, working with him, you must be on your toes all the time and have the capacity to work long hours.

What kind of man is he? How would you describe him?

He is a very good man. He is a very compassionate human being. He appreciates people who add value to the system. He is a great person to work with. He is someone you can rely on as a friend and you can be sure he will be there for you anytime. But for him, when it comes to work, there is no friendship. You must do the job and deliver. He is also very warm, sociable and friendly. We party together and do everything together. But once it is time for work, no excuses, you must deliver. Once you have done that, then you’re his friend.

But you don’t look your age, sir. Apart from the fact that you’re maintaining your white beards, you look really young..

Wow! I find this so hard to believe, sir..

Yes, that is what a lot of people say. These are some of the people that worked with me, they are familiar with my age (points at some of the LSDPC staff who had come to greet him)

And how have you been able to stay this young and healthy?

The only sport or exercise I always do since when I was young, and which what I still do till today, is swimming. Once I realize that I have some little spare time on my hands, I just go to swim. It enables me exercise all parts of my body.

You Have To Be Tough To Work With FASHOLA was last modified: December 5th, 2022 by Wale Lawal

How 2 LAGOS Celebrities Died Mysteriously On...