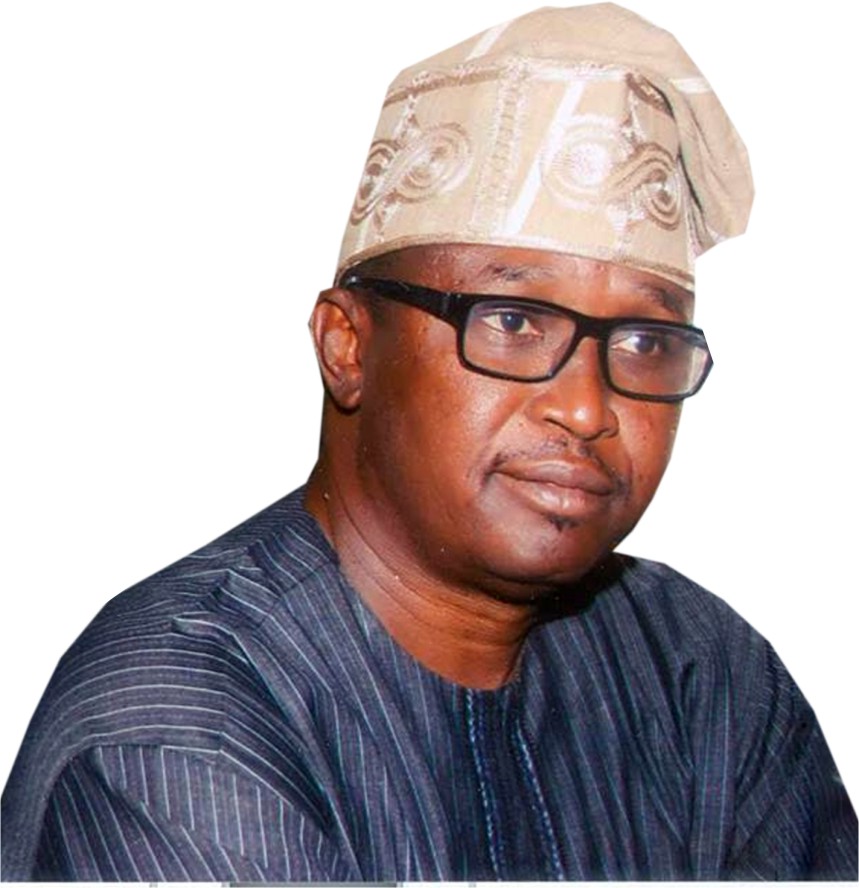 Megamound Investment Limited is one of the leading real estate companies in Nigeria today. It has been in business since 1992. As you read this, the company is celebrating its 30th anniversary with the introduction of The King Smart City project. It is the latest project by Megamound.

The project is one of the proposed Artificial Islands in the Lekki Sub Regional Master Plan of Lagos State. The luxury development is conceived and designed to be the most modern, sophisticated, and high-profile artificial island city development in Nigeria, which will combine the green city concept of sustainable green energy with smart technology. The Island-City was designed with a vision of benefitting maximally from existing and future government infrastructure in the State Masterplan. A prime example is the proposed Lagoon Highway that cuts across the King Smart City linking Lagos Mainland up through to Epe serving as an alternative to Lekki-EPE Express Way.

City People can reveal authoritatively that the Return on Investment is huge and attractive. A source within Megamound has revealed that the current prices for plots of land in the VGC axis range from N150,000/sqm to N200,000/sqm, which already gives an immediate capital appreciation on your investment and your expected ROI is greater than 100% Capital Appreciation per annum.

Megamound is a renowned household name in the industry and to commemorate it’s 30th anniversary, it is delighted to extend this special offer to the Public as a way of expressing its appreciation. “We offer you the opportunity to purchase 400 – 1200 square meters of the King Smart City for as low as N75,000/sqm which comes as a promo price with a payment plan offer of a 50% down payment and the balance to be spread over 18 months. Take advantage of this amazing investment yield unmatchable anywhere around the Lekki axis.”

One man who is very happy about the success story of Megamound  right now is Asiwaju Olumide Osunsina. He is a big name in the Real Estate Sector, in Nigeria.

Osunsina is a big name in the Real Estate sector in Nigeria.

Osunsina is really big going by his huge portfolio of investments.

Osunsina is a Construction and Real Estate professional of over 30 years. He founded Megamound, one of the largest indigenous privately owned real estate firms in Nigeria in 1992.

He has steered and nurtured it into a multibillion naira diversified institution.

He has broad expertise in Property Development & Management. And he is an innovative & strategic organizational leader, well skilled in the commercial real estate value chain. He has a proven record of successful projects in several states in Nigeria and also abroad.

Asiwaju’s wealth of experience has earned him positions on the board of several companies and a number of awards & recognitions over the years within and beyond the real estate sector. He was also nominated the head, Real Estate Sector of the Lagos Chamber of Commerce & Industry (LCCI).

Outside real estate, Asiwaju has sponsored several sporting events and philanthropic causes. He established Olumide Osunsina Foundation to promote & develop youth empowerment and other human capacity development schemes targeted at the youth. He is an avid golfer, and is happily married with children and grandchildren.

Not long ago, he was one of the 5 newly inducted fellows of the Nigerian Institute of Building, held at its Builders’ Annual Conference/AGM.

He was made a Fellow because of his remarkable contribution to the Built Industry. Many don’t know that Osunsina is a Professional builder.

His story is very inspiring and impressive.

At the time the company was being registered, the “Visioner”, Asiwaju Olumide Osunsina had just returned from living in the UK. He had returned with high hopes for his country after seeing and experiencing the possibilities in the UK. Coincidentally, his late mum of blessed memory, Madam Folasade Osunsina had invested in Properties in various states in Nigeria and this was a major motivation to plunge into the Construction Industry.

The journey began with River Valley Estate, Ikeja, Lagos. Megamound invested in several parcels of land from family land owners of which some were sold and others built into flats and duplexes which were later sold. The accomplishment from this venture is what spurred the success story of Megamound. The first major commercial project was Omole Shopping Plaza in 1995. The success from these investments encouraged the company to diversify. Nicon town Estate was the pioneer project on the island. Megamound partnered with other investors to start a site and service scheme which involved sandfilling.

The flagship of the Carlton Gate brand started off with Carlton Gate Estate Chevron Drive Lekki in 2004, after which they embarked on one of their largest projects Lekky County Homes Ikota. Since then, the company has never looked back and has completed several other projects.

Megamound has also ventured into Hospitality with the construction of 3 hotels in Ibadan, Oyo State. These are Carlton Gate Hotel, Carlton Gate Xclusive Hotel and Carlton Gate Signature. The inspiration came from the visioners’ zeal to improve and contribute to the hospitality sector in the state.

He then decided to expand his business, and today, the hotels are well known brands in the state.  He has very many impressive projects. One of it is Carlton Gate Estate, Chevron Drive.

Otunba Osunsina has vast experience in various challenging business endeavours including Dredging and under water services, Financial Intermediation, Construction and Real Estate Management. He has steered the wheels of Megamound Investment Limited as its Managing Director/CEO since year 2000 and has nurtured it into a multi-billion Naira diversified institution.

He has worked in various states of Nigeria as a consultant on water rehabilitation and street lighting under World Bank and Africa Development (ADB) financed projects. He was one of the pioneer Real Estate developers at River Valley Estate in Ojodu, Lagos and has several properties within the Estate and its environs including the Omole Shopping Complex with a current market value of N100 million.

His involvement with Dredging started with the NICON Town Estate project along the Lekki-Ajah axis. The estate today is one of the best in terms of infrastructure in the country. The sand filling was financed through the involvement of Megamound Investment Limited and Indemnity Finance Limited and is valued at N4.5 billion. He then went on to develop the beautiful and classy Carlton Gate Estate on Chevron Drive with land space of 28.31 Hectares, brilliantly structured into 231 Residential plots, fully service with the most modern infrastructure. He also owns the Elegushi Royal Heritage Estate located along the Lekki Peninsula.

He has also has Kings Court Estate located within the Oniru Estate in Victoria Island Annex, Lagos. This estate consists of 2 blocks of 14 flats each on 5000sqm valued at N1.5 billion. He is also the Managing Director of Lekky County Homes in partnership with Mayfair Building Society. This estate is being developed by Megamound Investment Limited and comprises of 700 Residential plots including over 350 Homes. The estate is located at Ikota in the Lekki area of Lagos State and is worth about N3.5 billion.

Otunba Osunsina has contributed in immeasurable ways to the provision of affordable houses to the average working class sector in Nigeria despite the difficulties being experienced in the Construction sector and he is worthy of commendation. In recognition of this, Megamound Investment Limited was issued the West African Excellence Award in Property Development and Marketing Services by the Institute of Direct Marketing of Nigeria in 2007. The company was also presented with on Award of Excellence by Lagos Housing Fair for its immense contribution to the development of Nigerian Housing Industry in May 2010.

Otunba is a Fellow of the Academy for Entrepreneurial Studies, Nigeria. The Nigerian Institute of Quantity Surveyors (Lagos Chapter) recognised his contribution to the success of their 1st Distinguished Lecture Series in July 2009 by presenting him another award. He was also honoured by the Yoruba Heritage award in the category of Corporate Property in the United Kingdom on the 10th of September, 2010. This is in recognition of his contribution, development and achievement towards the Yoruba community in the United Kingdom.

He was also conferred with the chieftaincy titles of Bobaselu of Itireland and Otunba Loro of Ajiranland in recognition of his contribution to the development of the communities. Olumide Osunsina was born in 1963, in Abeokuta, Ogun State, Nigeria He had his secondary education of the famous Barewa College, Zaria and also at Abeokuta Grammar School where he took his WAEC and finished with Division 1 in 1978. He then proceeded to Ahmadu Bello University, Zaria, Kaduna State where he studied Building Technology. He graduated with Distinction in Diploma in Business Administration at the University of Lagos and has a Master’s of Business Administration from Abubakar Tafawa Balewa University, Bauchi. He has an Msc in Real Estate from the University of Reading in the UK. He is happily married to a pretty lady called Desiree. They are blessed with lovely children.

10 Actresses Who Are The Faces Of GOLD Business

You Have To Be Tough To Work With FASHOLA