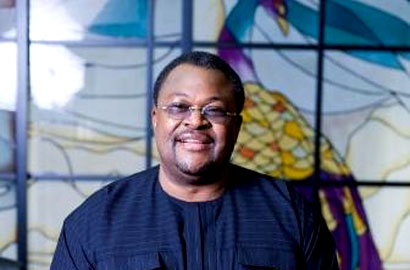 Exactly half of Africa’s 20 billionaires got richer in 2016. The continent’s biggest gainer — in both dollar and percentage terms – is Nigerian oil and telecom tycoon Mike Adenuga, whose net worth increased $2.7 billion to $5.8 billion since December 31, 2015.

Dr. Mike Adenuja Jnr. No other African billionaire added more than $1 billion to his or her net worth in the past year. Overall, the combined net worths of African billionaires decreased $3.1 billion in 2016. The increase in Adenuga’s net worth is largely due to new information FORBES obtained in 2016 about the value of his assets. Adenuga owns Nigerian telecom company Globacom and Nigerian oil company Conoil Producing.

While Adenuga’s net worth has increased since the beginning of 2016, it has dropped significantly since March 2016, when FORBES valued his fortune at $10 billion on the 2016 Billionaires List. Since then, his net worth has dropped $4.2 billion, due to the devaluation of the Nigerian Naira and the country’s struggling oil sector. Adenuga was the only Nigerian billionaires whose net worth increased this year. (Aliko Dangote, the richest Nigerian and Africa’s richest man, saw his fortune drop nearly 28% to $12.4 billion over the course of 2016.) South African mining billionaire Patrice Motsepe and Egyptian billionaires Nassef Sawiris and Naguib Sawiris were the next biggest gainers in Africa, each adding $500 million to their fortunes over the year.

Motsepe was also Africa’s second biggest percentage gainer; his net worth increased by 32% in 2016, bringing his fortune to $1.5 billion. The stock price of Motsepe’s African Rainbow ARBJY +% Minerals has risen nearly 130% in the past year, following a steep decline in 2015. Nassef Sawiris, the richest billionaire in Egypt with a fortune that FORBES pegs at $5.2 billion, runs one of the largest nitrogen fertilizer producers in the world, OCI, and also owns 7% of Adidas and nearly 5% of cement giant LafargeHolcim.

While OCI stock is down 27% over the past year, Adidas stock is up 58% and LafargeHolcim is up 7%, leading to the bump in his net worth. Egyptian telecom billionaire Naguib Sawiris, who has a $3.5 billion fortune announced that he was stepping down as CEO of Orascom Telecom Media & Technology in December 2016.

5 Most Consumed Foods During Covid-19 Pandemic