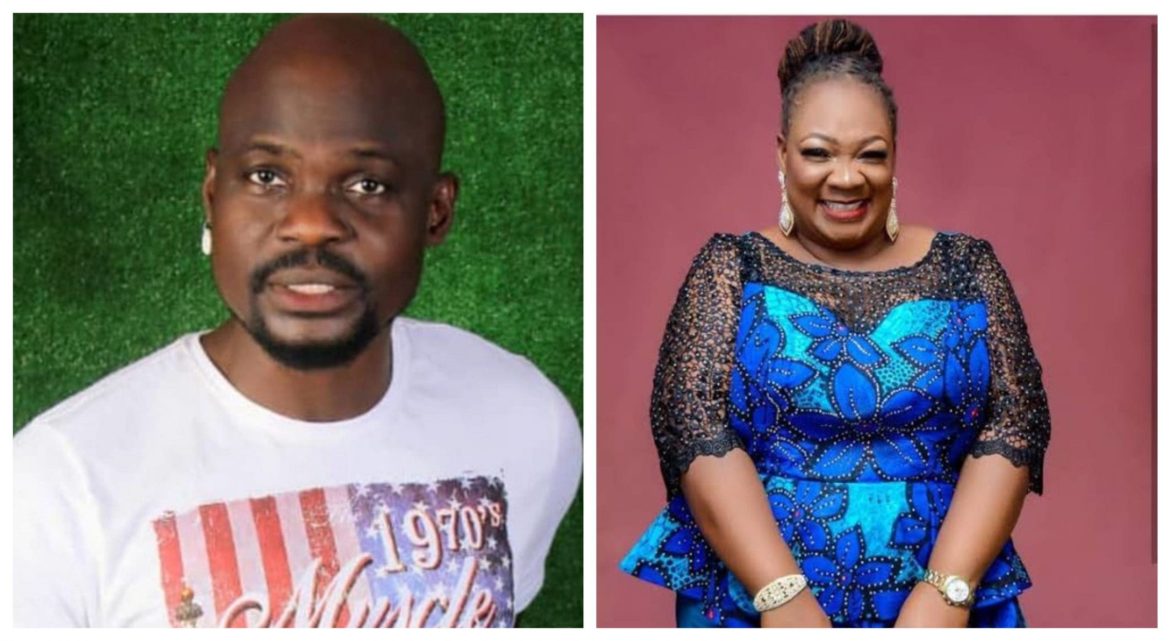 Everywhere in the country right now, the most talked about subject is the story involving the popular actor, Lanre Omiyinka, aka Baba Ijesha and comedienne, Princess, over the rape/sexual assault case against her foster child whose identity has been concealed so far for obvious reasons. Like a script straight out of a Nollywood movie, the drama began to unfold and right now, before our very eyes, the entire case has taken a dimension far beyond our comprehension. Now, it is becoming increasingly clear, from fresh facts emerging, that Baba Ijesha was set up. A trap was set for him and he fell for the bait. The 14 year old girl and her foster mother, Princess, were both the producers and directors of the movie.

First, it was alleged there was a CCTV recording in which Baba Ijesha allegedly raped the minor, an act Princess claims he also perpetrated 7 years ago when the girl was 7 years old. But unfolding events revealed Baba Ijesha didn’t rape the young girl, but he clearly touched her in delicate parts of her body and could be said to have sexually molested her. The case is now in court and it will be interesting to see how things pan out. But while we await the outcome of the case in court with bated breaths, there are dozens of unanswered questions those following the story are dying to find answers to. But let’s take it from the top.

Princess alleges that her 14 years old foster child was raped. From what was said by the complainant, the 7 year old girl was raped in her house 7 years ago. She said she left the little girl with the accused for ‘only 3 minutes and the little girl was raped within that 3 minutes. Now, the question is, if indeed the 7 year old girl was raped by a 41 year old man(at the time), rape means forceful coitus, which means there was penetration. For a 7 year old, there will be certainly be blood. And she should be in excruciating pain. A man of Baba Ijesha’s frame cannot possibly make forceful or consentual penetration on a 7 year old girl and she won’t be in bad shape with visible pain written all over her. So if you are the mother of a girl that has just been raped, and she isn’t crying or walking with a stagger and there is no blood dripping from her, something is wrong. Apart from this, the act was performed inside your house, was there no drop of blood lying around, what about the girl’s pant or dress, no blood? How could you not know? Who washed the girl’s panties or clothes, did nobody notice any blood? The answer to this is that its either there was no rape or it was covered up.

Lets look in at from another perspective. Princess said she asked the 7 year old girl if there is any problem at that time but the girl didn’t disclose that she was raped, but she, Princess, said she noticed that the little girl was failing at school, and that was how she figured she had been raped. There is no proven correlation between grades in school and rape. Failing in the classroom is an index of the home environment and a measure of APTITUDE. The fact that the little girl could not TRUST you enough to tell you she had been raped, speaks volumes of the bonding between you and the girl.

Okay, so, 7 years later, the girl now disclosed that she was raped, and she mentioned names. That was when Princess realised Baba Ijesha has been avoiding you, and not taking your calls. Before then, you mentioned you recently divorced from your husband, and Baba Ijesha is a good looking dude who still happened to be single. There could be many reasons why a single man will avoid a single woman and vice versa. Anyone reading this will understand what we mean. Avoiding you may not have had anything to do with rape or guilt.

Another important question many would love to get an answer to is, what did Princess do with the important information given by the young girl? Did she confront the Baba Ijesha? Did she go straight to the police? Did she report to any of their various actors association or the elders in the industry? If she didn’t do any of these, what could possibly be her reason? Many wonder why, instead, Princess set up a stage, called the man and asked him to come to her house, set up CCTV cameras and left him with the child. She made sure the girl was wearing something sexy. Will this be acceptable in a court of Law? Is it right to set a trap for a man, knowing full well he was more than likely to fall for it, and then scream blue murder after he falls for it, humiliating the man in the process?

Many have even questioned Princess’ idea of exposing her foster child to sexual assault a ‘second time’, leaving her vulnerable and unprotected from a man you knew had a ‘lustful desire’ towards her pretty young girl. So, one wonders, if she was her biological daughter, would she leave her in the arms of the big bad wolf just so she could get him recorded on camera touching, smooching and fondling the girl’s sensitive parts? It is highly unlikely.

There is also another question begging for answer. The story goes that Baba Ijesha actually raped the young girl seven years ago. Between that time and now, had Baba Ijesha frequented the house again and the girl had gotten used to him? From what we saw in the video, the little girl didn’t look like she was unfamiliar with Baba Ijesha. Or is it that his face was engraved in her memory from seven years ago when he purportedly raped her?

And there is this question raised by the Police. Medical examination was performed on the young girl to ascertain if there was actual rape and penetration as the public was initially made to believe. It was discovered that there was penetration, but that the penetration was not a recent one, meaning she was indeed no longer a virgin. Now, the question is, is the penetration confirmed by the medical experts the same one Baba Ijesha allegedly committed or so many waters have since passed under the bridge since seven years ago?

Finally, the latest in this yet unfolding drama is the news making the rounds that Baba Ijesha and the comedienne, Princess, were actually lovers at some point. If this is true, it would actually explain a lot of things. It will explain, for instance, why Princess was herd in the video saying, ‘after all I did for you’. She even insinuated sending him to school. And we all know an average young lady would not do any of these for you if she wasn’t emotionally attached to you. It explains too how Baba Ijesha was able to get close enough to the girl to molest her (or rape?) in the first instance. It also probably explains why the girl was comfortable with Baba Ijesha holding, touching and smooching her as seen in the CCTV video. So, if indeed there is a tale of love gone sour between these two, could it be that all of this is actually nothing but a set up to make Baba Ijesha pay for sins committed? Remember what they say, that all hell hath no fury like a woman scorned, could this be it? Is that what this is all about? So many questions, so little answers. But we are watching, we are waiting, the real drama s just about to begin…

Baba Ijesha Vs Princess Saga – The Many Unanswered Questions was last modified: May 10th, 2021 by Wale Lawal