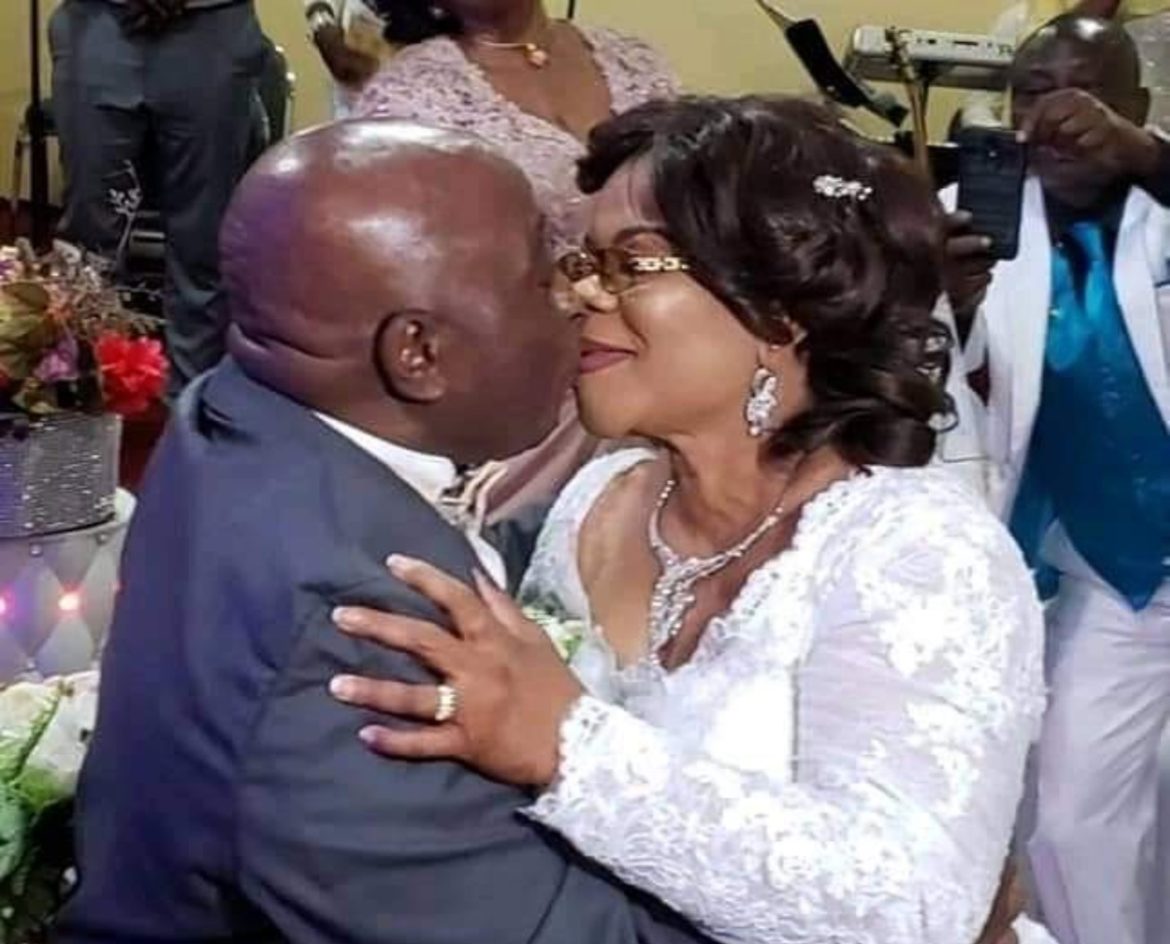 He is a widower. He lost his first wife, Olufunke, years back.

City People gathered that unknown to many, the former Deputy Governor had also divorced her ex-husband, Prof. Tomori who has also remarried. He is from Ilesha.

They met in UNILAG in their younger days. Her paternal family The Laoye’s are from Osogbo, while her mum is from Owo.

Both the Deputy Governor and Chief Ponnle began to date a few years ago and Chief proposed to her, to enable them formalise their romance. Both are popular in Osun State. Chief Ponnle is well known for his private Golf course at the courtesy side of Ada. It is an 18-hole golf course that provides a leisurely retreat centre for businessmen, technocrats, and military executives.

A while back, she spoke to City People Magazine about her life in government sand it revealed a lot about her. Whilst she was deputy government she was also the former Honourable Commissioner for Education. She has also gone down in the history of Osun as being the first female Deputy Governor to have served twice. This stylish and Influential woman of Icon was born in Osogbo to the Amon Oyeyemi Laoye family. She attended St. Catherine Girls Grammar School, Owo and Victory College, Ikare. Upon completion of her secondary education, she attended the University of Lagos and obtained a Bachelor of Arts Hons in History in 1973. As an avid learner, Otunba acquired 2 additional post-graduate degrees a P.G.D.E. in 1978 and Masters in Public Administration in 1984.

After her National Youth Service Scheme, she was offered employment at Federal Ministry of Education as an Education Officer in 1974 where she worked for six years before she joined her alma mater to worked as an administrator at the University of Lagos and she was appointed an Assistant Registrar. She rose to occupy the post of Principal Assistant Registrar by the time she left the University in 1989. She has served in various capacities at the university such as Faculty Officer at the Faculties of Education and Sciences, Establishment Officer and later the University Admissions Officer. Her professional career also includes senior-level positions with companies such as Coopers & Lybrand International, PFM Consulting Limited, Industrial and General Insurance Plc, as well as her own consulting company Quints Management Consultants. During the same period, Otunba was also appointed to the Board of International Health Management Services Limited, a Health Maintenance Organization (HMO) as an Executive Director, Finance and Administration.

In recognition of her wealth of experience at the public and private sectors, she was unanimously considered as the Deputy Governorship candidate to Ogbeni Rauf Adesoji Aregbesola in 2007. The mandate freely given by the good people of the State of Osun in April 2007 was validated through a Court of Appeal Judgment on Friday, November 26, 2010. Otunba Laoye Tomori has positively impacted the State as the Deputy Governor and achieved great works as the Honourable Commissioner for Education. As a result, she has received accolades such as The Most Innovative Education Commissioner Award for the South West Zone organized by President’s School Debates Nigeria, an agency of the Federal Ministry of Education. She is also the recipient of the West African Gender Dialogue in Conjunction with West African Institute for Leadership and Governance, Most Outstanding Female Deputy Governor of the Year 2012. Not many know that Otunba grew up in Ondo State and most especially in Owo and she had passion for Owo kingdom. City People team, SOLA BAMIDELE, ADEOLA SHITTU and DARE ADENIRAN  had a chat with this virtuous and stylish woman as she speaks on her style.

How would you define your Style?

My Style can simply be described as Simple. I relate well to people. Every politician does not have a choice but to mix well and relate well. You will agree that the authority a politician occupying a public position is enjoying is derived from votes secured from the people. Hence, by every standard, a politician should be accessible and simple in his or her disposition to life.

What is the secret behind your beauty?

I would like to say here that beauty should be within and not necessarily outward. Consequently, it is the beauty within that should radiate to the outside. I take your question as a compliment and I thank you for it.

How do you feel being the first Female Deputy Governor of Osun to have stayed on for two consecutive terms?

I cannot adequately express my deep sense of Gratitude to God Almighty who made it possible for me to run my two consecutive terms under the Progressive Government. I appreciate Almighty God for making it a reality.

I would also like to appreciate my principal, Ogbeni Rauf Aregbesola for being there to render the inspiration I needed in my political career and the confidence he has in me in performance of my duty as his deputy.

How do you balance your role as the Deputy Governor and Commissioner for Education?

Education Sector you will recall has the largest Ministry in terms of volume of activities. Mr Governor had to put me there in his bid to actualize his dream in that sector. I would like to put it on record that the state of Education was appalling at the time we assumed political leadership in the state and we had to respond to the scandalous rot in Education by tackling the challenges head-on. For your information, Governor Aregbesola personally took charge of the Ministry of Works for the provision of the necessary infrastructure for the State. This was the situation until the end of May this year. In the area of balancing of job functions, I have direct interaction with people on issues and I dialogue with them most times hence the acceptability by the people made balancing of my roles easy. A Particular Programme that endeared people to us which is directly under me is the Osun Elementary School Feeding and Health Programme.. OMEALS. We rebranded it and it became a  Model for School feeding in Nigeria and beyond. It has been adopted by the Federal Government as a model and it is currently running in some Nigerian States. The programme increased enrollment in schools and  impacted positively on the Economy as 90% of the food products we use in feeding the pupils ranging from protein, carbohydrates and fruits  are sourced within the State and this made agriculture and commerce to flourish in the state while ready markets are provided  for all the farmers and market women. Such programmes made balancing the roles easy as my people see the Governor and I  as agents of positive change . Invariably as  Education is  one of the major tools of Aregbesola’s Developmental Programmes , combining it with my role as Deputy Governor has not been difficult.

How would you assess the performance of Ogbeni Aregbesola’s administration?

The Governor has repositioned and transformed Osun from what we met when we assumed political leadership in the State in November of 2010.

He has laid the foundation for a great and prosperous State in Agriculture,  Education, job creation, infrastructural development, women and youth empowerment, etc. He will be remembered as a Governor that served his people with vision, passion and integrity. He has been a precious gift to the State. The people and generations yet unborn will appreciate him more after his tenure.  Infrastructural developments have been massive across the state, his tenure experienced job provisions of all kinds. Ranging from the public service through the Osun Youth Empowerment Scheme to Osun Ambulance and Osun Traffic.

Consequently, Osogbo amongst other City Centres experienced a new look vice Olaiya, Alekunwodo, Fakunle, M.D.S, Nigerian Railway Compound and Old Garage. This is with a special reference to the expansion of roads, construction of drainages, planting of trees and beautification of Gardens and Provision of Street and Traffic Lights.