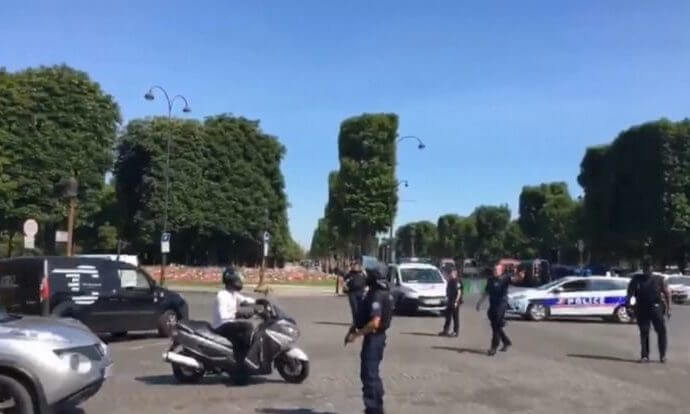 The police said a 23-year old man describing himself as a “nationalist” has been placed under investigation over a plan to attack French President Emmanuel Macron at this year’s July 14 Bastille Day parade.

A police source said on Monday that the man was arrested after expressing an interest, in a video game chatroom, in acquiring a Kalashnikov-style weapon in order to commit an attack.

The source said that during his detention, the suspect described himself as a nationalist and made offensive comments about blacks, Arabs, Jews and homosexuals.

French radio station RMC said the suspect was unemployed, had mental health problems and was sentenced in 2016 for making comments in favor of terrorism.

Security at this year’s Bastille Day parade on the Champs Elysees is likely to be even tighter than usual given the expected presence of U.S. President Donald Trump.

In 2002, Maxime Brunerie, a neo-Nazi, fired a sports rifle at then-President Jacques Chirac at the Bastille Day parade, before then being overpowered.

See Why Venus Williams Burst Into Tears Despite Wimbledon Victory