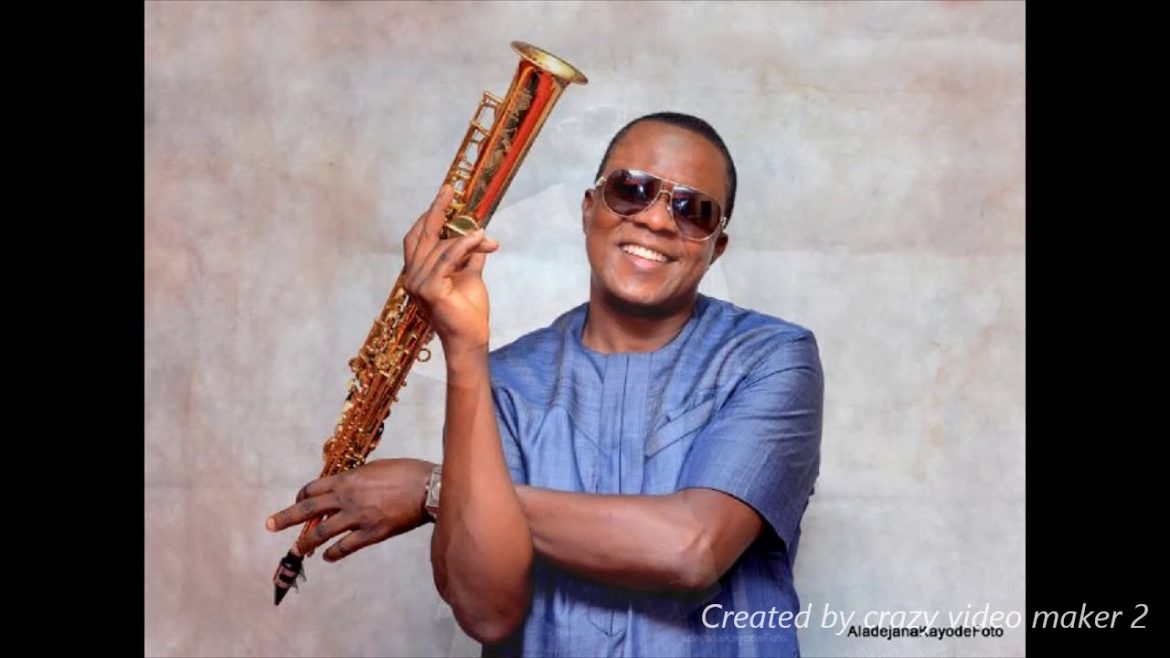 Some years ago, his name was on the lips of lovers of contemporary Juju music. Yinka Best was everywhere, making waves with his chart topping hit songs. His brand of highlife Juju music was well accepted. His good looks, crispy voice and groovy melody made it easy for him to win over his legion of fans.

And perhaps his biggest strength is the fact that he could play nearly all the major musical instruments with amazing dexterity. For a few years, Yinka’s fans in Nigeria had been wondering where their favourite juju singer disappeared to. We can tell you that he had been away from the country for a while.

But lately, he’s been shuttling in and out of the country playing good music and striving to recreate the sort of waves his music made back then. As part of his plans to make this happen, Yinka Best recently launched three albums at the same time. A few weeks back, he was a at the City People Music Roundtable. He was interviewed by City People Editorial team. Yinka Best was asked several questions regarding his music and sudden disappearance from the music scene. Below are excerpts from the interview.

What has Yinka Best been up to after all these years?

Different things have been happening to me in terms of music. I have been traveling up and down going to various places just to give them what I have in store. Glory be to God that I am back home and I launched 3 albums and we are currently  promoting them.

Why did you choose to launch 3 albums at same time?

It’s just because it’s been awhile I released an album and I have a lot of songs I had kept that I had to release for the world to listen to. I will also go into the studio very soon to record more songs. I don’t want to stop dropping songs anymore.

Why did you stop dropping songs?

Well, I stopped because the gains were no longer there, but I discovered there is gain in giving or making people know what you are made of. That’s one thing I have realized and then the issue of piracy that’s everywhere, this made me give up at a point. There was no more money coming from music. And I also discovered that dropping albums made people know you more, so that’s why I have decided to put out all those songs.

How do you also look at juju music, for someone like you that has been around for a while, with all the changes, how has juju music been able to cope?

There is no way you can compare Juju music to other music because juju is an indigenous music in Nigeria and there is nothing that can erase juju music. Juju is actually doing well all around the country. In most parties in Nigeria you will hear Juju music. But I have an advice for the younger ones coming up, and that is, they should make laziness the last thing on their mind. Why I am saying this is because the younger ones always wait for Yinka Best, Wale Thompson and the rest to release first before they can go to the studio.

How do you cope with the new system of playing music, because it’s not done the way you used it do it before and how do you intend to keep the standard?

We have plans of doing something with ever green music because what is happening to Juju music is not supposed to be happening. Now, take for instance, radio stations don’t play Juju music. Ask them why they don’t play Juju, they have no reason but they concentrate only on the hip hop music, forgetting that before the hip-hop they were playing this same Juju on Fm. So, all these are what we have plans of working on so that our music can be heard on radio again. And another thing is, I don’t want to blame any leader per say, but all I have to say is I am going to take Juju music to another level and I am speaking for myself here.

How long have you been doing Juju music?

I have been in the industry since 1990 and I have since then been doing juju music. I actually started with a full Afro Band when I was in the north. I loved Fela so much and he inspired me but when I came down to Ibadan I realized that what people were listening to was highlife Juju music so I had to change my style.

I remember you were very good at playing instruments?

I play a lot of instruments like Sax, trumpet, piano, guiter, just mention it. I play most of them and I play them well.

When did you become a professional musician?

Well, I started from school. I went to Arterial school of Music in Kano where I started playing music. It took me to Sudan, I played with a lot of bands, but mainly I played bands all around the North.

How was that possible for you?

Well, musically, when you know the theory of what they are playing, then I will flow with them. So, from there I left north to Ibadan where I joined D’Rovans band and I became the band leader for 2 years after which I left to create my own band in 1993. And when I formed my band I called it ‘TheYinka Best and Juju Yuppy Band’ and when I came down to Lagos in 1995 I called it the ‘Yinka Best Band’. Since then, God has blessed me and he has been faithful.

Why do you call yourself Yinka Best?

Yinka Best is my name. My name is Yinka, my surname is Olakunle Best, that’s my father’s name.

Who were the singers who influenced you at the time you started singing?

Like I said earlier, Fela. I play pure AFRO POP music. I play at Muri Lodge, it belongs to a white man.

As a juju singer, who are those who influenced you?

King Sunny Ade, I love his music so much and I thank God that when I met him up till now, he has been a very great person to me.

What will you say have been the changes from the time yourself, Wale Thomson and the rest of your colleagues were calling the shots compared with the younger ones now?

I want to speak for myself, the major transformation that has happened to juju music through me is a whole lot. I will say almost 80 percent of the guys singing Juju music today are stealing my style. They play my style in Oyo, Osun, Kwara, Ekiti, they all play my style.

So far, how many albums have you released?

Can you tell us the name of each one?

How has the reception from the fans been?

It has been very cool to be honest.

Any major project like a video you’re working on?

Yeah, the video is coming up very soon I am working on it

The last time I saw your music video was quite a long time, how do you intend to continue with quality videos like that with the way things have changed and all?

Well, with God all things are possible, so we will keep trying our best and put God first.

Would you say being a Juju artiste is very challenging?

What has been the role of the elders of Juju music in correcting the situation?

There is a little to what they can do, most of them have tried their best but still they can’t help. Some people are just born evil. When the time comes, I will call of them out. I am really not scared of anyone. We on the inside, we know them, but very soon I would call them out, as far as my hands are clean.

What are the things you feel you can inject to make Juju music get it’s popularity back?

Well, I have to put what I think I can put in place. The music now is different, the rhythm is different. You can see what the guys are playing now. See what Seun Nabi is playing, he plays the Sekere behind me. I gave him a mic and told him to do that and he’s very good at it. Unlike some people, when they see you singing, they will bring you down. They will not want you to sing. If I mention the numbers of guys I have trained and are doing well now they are more than 15 and, for me, that’s the achievement. Some are in Ilorin and most are in Lagos here doing well and anytime they see me they are all happy with me as their boss and I am happy I trained them.