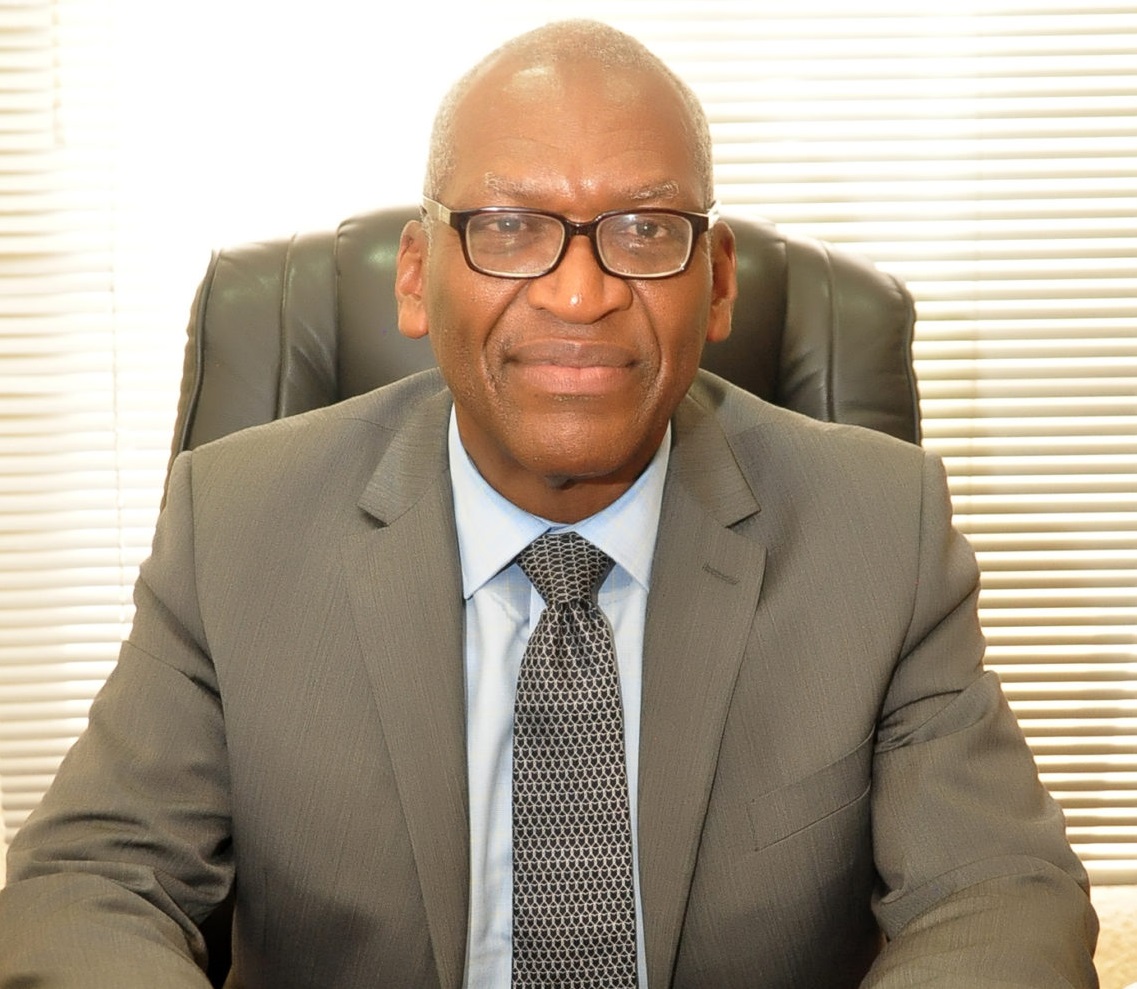 The ambiance created inside the Darlington Event Centre at Ilupeju that day was conducive to pleasure and joy, as dignitaries came in great numbers to celebrate legal icon, Oluwemimo Ogunde (SAN), who turned 60 on Saturday, 8th September 2018. That event unveiled another side of the popular member of the Ogunde family, as the creme-de-la-creme of the Nigerian legal profession stormed the event centre. The celebrant must have really been a jolly good fellow for dignitaries to turn out in such a large number, despite the heavy downpour.

The event centre was beautifully decorated in floral designs, chandeliers, lightening and a walkway that prepared guests for a great time ahead. The birthday bash started at exactly 1 pm with a Thanksgiving service and  Pastor Niyi Bankole gave the Opening prayer to usher guests into the presence of God. The celebrator who just turned a sexagenarian was looking radiant in a silver designed Agbada and a cap to match as he took the Bible Reading. Pastor Tunji Adeyinka gave the charge and prayers of thanksgiving, while the service was rounded off with a closing prayer.

Mr. Adegboye Damola popularly known as Damola, who is a stand-up comedian was the master of ceremony. He thrilled guests with jokes as he welcomed dignitaries to their tables. The reception started shortly after the thanksgiving service with an opening prayer by Dr. Bankole.

Did we tell you that the celebrator was an attorney general for Ogun state under the leadership of Governor Ibikunle Amosun from 2011-2013? It was indeed an array of legal practitioners as no fewer than 20 SANs came to celebrate with their colleague.

The celebrator spoke about his formative years and how he lost his mother, Mrs. Adesewa Ogunde, a day to his 12th birthday. Life since then did not remain the same. He also spoke about his friendship of more than 40 years with Mr. John Azuani. How they met in 1975 and how he played a key role in his life. A musical interlude by Mr. Gbolahan Odukoya, who is also celebrant music teacher changed the atmosphere. Justice Biodun Akinyemi spoke on the celebrator’s career. They have been friends for over 40 years. He spoke about how diligent, hardworking, and selfless the celebrator was when they worked together.

The celebrator came out for a special performance. He rendered a hymn of thanksgiving to his maker for helping him thus far.

His beautiful wife, Mrs. Yinka Ogunde, who is an educational consultant was glamorously dressed in an elegant ash lace, adorned with luxury jewellery spoke on their marital and family life. She recalled how he met her and came to her house when she was just 15. Their marriage of 31 years has been fruitful and blessed, that it has been God all the way. She spoke on how selfless, loving, and caring, he is and showered prayers on him. She made sure everything was properly co-ordinated.

Daddy O as he is popularly called by his children and wife did not forget his alma mater. He is an Alumnus of Igbobi College ICOBA. The alumni body of Igbobi was duly represented and they came to celebrate one of their own as they joyfully sang the school anthem. Mrs. Yinka Ogunde, who is also an alumnus of Our Lady of Apostle Secondary School, Yaba joined her friends, who represented the alumni body and they joyfully sang their school anthem as well. Pastor Niyi Bankole spoke on the celebrator’s spiritual life. He said his commitment and humility to the things of God was second to none. He spoke on how instrumental he had been to the kingdom’s work.

Primate Olorunwa, who is the General Overseer of Olorunwa Cathedral of Cherubim and Seraphim also showered prayers on the celebrator and his family members and shortly after the prayers, His Delight music group changed the atmosphere into a dancing one. The live band made guests find their way to the podium.

DJ Quest, who is one of the biggest DJs now, was on the wheels of steel and he took the celebrator and his friends to songs of the 80’s. They joyfully grooved to the songs as DJ Quest took them down the to memory lane.

The children of the celebrator, Olawunmi, Kunbi and Dr. Oluwafifehan, spoke on how selfless their father was at different instances. They spoke about how their father was their teacher, first love, doctor, architect, engineer, best friend and many more and they used the same opportunity to pray for him.

Princess Sarah Sosan gave the toast to the celebrator and it was anchored by MC Damola. Cutting of the cake and rounds of photo taking went on for a while and shortly Oluwemimo Ogunde SAN gave the vote of thanks. Prior to the vote of thanks, Senator Wike Nwobodo spoke on how he met the celebrant some years ago and how their friendship has lasted several years. Ogunde took the liberty to appreciate every guest present for their prayers, love and support, through the years.

What Life Has Taught Me @ 80 – Popular OSUN Pastor, ADELEKE ADEYENI