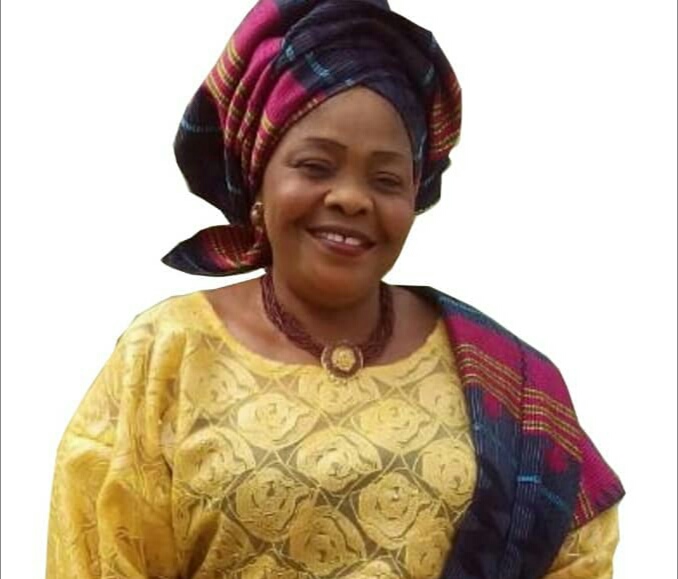 The burial which is scheduled for August 6 and 7 holds at Iperu in Ikenne local government area of the state.

The funeral of the reputable trader and notable politician will begin on Thursday, August 6 with service of songs and wake keep at her residence, No 8 Ogere-Abeokuta road, Iperu Remo by 5pm while the commendation and funeral service hold on Friday, August 7 at the Methodist Church, Iperu Remo by 10am

According to statement from Mr Armstrong’Tope Akintunde, the Aerofield Homes boss and one of the children of the deceased, government protocols for Covid-19 would be employed and so the attendance was strictly by invitation.

The estate developer guru has however described the death of his mother as painful and one least expected at 65 saying that he and his siblings have taken solace in the fact that their Mum lived an exemplary life of selfless service.

Akintunde said “my mother was until her death everything to me, in fact she was a caring, loving, accommodating mother to many residents of Ogun State particularly in Iperu where she reside. She was equally a devout Christian of Methodist Church Nigeria, a disciplinarian of the highest order. I will definitely missed her but I am comforted that she played her part well when she was with us here”.

Praying for the good Lord to grant her Mum eternal rest, Akintunde said that the least they could do as her children was to preserve her rich legacy of selfless service and loving disposition to every Nigerian irrespective of who you are or wherever you come from

Jide Sanwo-Olu speaks on stepping down for...