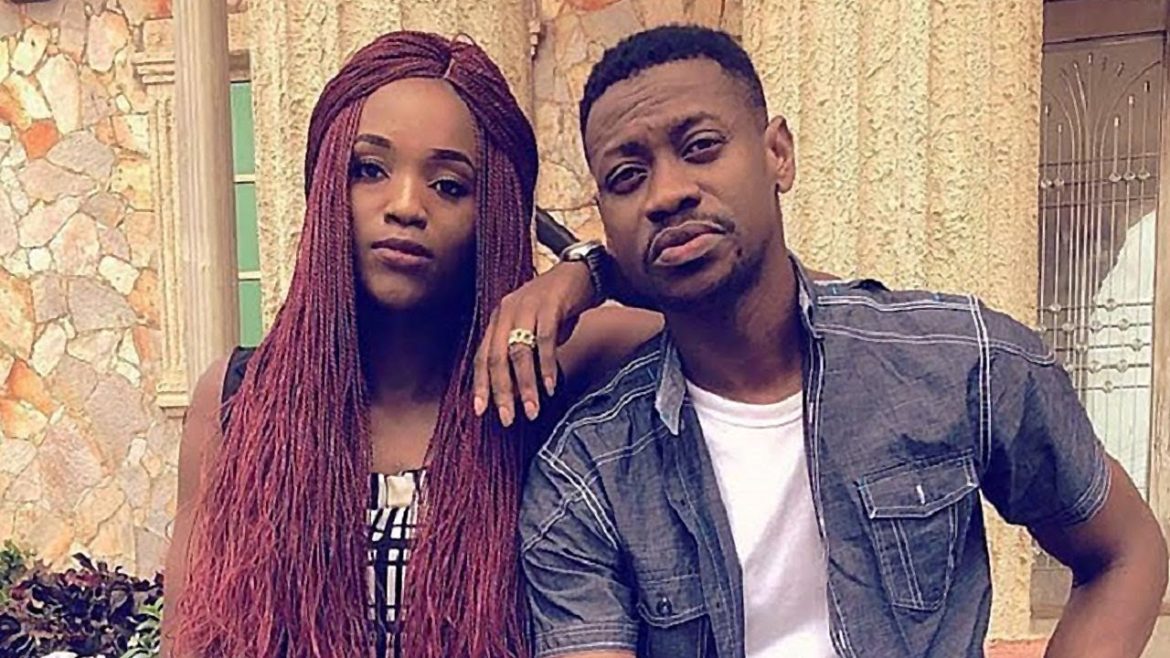 •The Story Of LATEEF, BUKUNMI & JAMIU

Friendship is a philia feeling between two or among more persons and this is being demonstrated by super-talented Nollywood stars, Lateef Adedimeji, Bukunmi Oluwashina and Jamiu Azeez. They have a philia bond that is daily waxing stronger because their friendship has become a subject of discussion among fans and their colleagues. Lateef Adedimeji is unarguably one of the most sought-after actors in the movie industry.

He is quite versatile, but he is particularly known for his unique ability to get really emotional in movies. Lateef Adedimeji is a multiple award winner and a force to reckon with in the movie industry. The great role interpreter warmed his way into the hearts of many movie lovers with how he interprets his roles. He is not just an actor, but a movie producer and one of the leading actors who has proven his ability in the Nigerian movie industry.

Bukunmi Oluwashina, on the other hand, is a fast-rising Nollywood actress, singer, scriptwriter, model and movie producer. She is blessed with both beauty and brain. Bukunmi became popular when she produced a movie entitled: “Ayomi” but so many people are not aware that she is the brain behind soundtracks used in most Yoruba movies. You would agree with us that Bukunmi has a very beautiful voice because her songs and her soundtracks are loved by many. This beautiful babe is one of the hot cakes in the Yoruba movie industry and she has proved that on several occasions. The young star has achieved successes that some people could not even dream about in their old age.

Although, Nigeria movie industry has a lot of talented actors and actresses, but not many of them display their talents in so many ways as Bukunmi Oluwashina does. This delectable actress came into limelight right after producing her mind-blowing movie “Ayomi” and ever since she has not relented at all. Recently, she released a song entitled: “See Wahala”. The song was widely accepted both in Nigeria and abroad. She is also a versatile actress who surely knows how to interpret her roles very well.

She is young and loved by many because she is a rare talent. Did we also mention that she is very amiable and has very lovely skin?

Another great talent that the Yoruba movie industry has produced is Jamiu Azeez. He is a talented movie producer and the CEO of Jayzeez Production. These 3 Nollywood stars have always been there for one another, Lateef and Bukunmi never stopped taking shots at each other, even their colleagues know that they are best friends. They have featured each other in movies on several occasions.

One of Bukunmi’s movies which was entitled: “Hey” had just her friends as the cast of the movie.

Lateef, Bukunmi and Jamiu were the cast and this got their fans talking. The movie is centred on the lives of three young people, who became Inseparable after they met at the University. These three love one another so much that some of their fans felt that Lateef and Bukunmi should marry each other because they think they would make a good couple. They also served as bestie’s at Abimbola and Okiki Afolayan’s wedding when Bukunmi decided to rock the men’s outfit instead of going for the aso-ebi that other actresses wore. The three of them sewed the same style, they spotted the same caps and surprisingly, Bukunmi wore a male shoe as well. Some of her fans questioned her because they weren’t expecting her to wear the same outfit with Lateef and Jamiu, but she told them, she was very comfortable in the outfit.

Not only do they feature in one another’s movie, but they also attend functions together and they hang out together. These three are a bunch of talent, making waves in the movie industry because they are young, talented and successful.

They are always there for one another in difficult times and in happy moments. Fans are always happy to see the three in any movie because they are so good at interpreting roles

Did we also mention that Lateef and Bukunmi recorded a song together? The video went viral and it made them gain more followers on their social media platforms. What about the funny skits they do on Instagram? These three are so cool together. There is never a dull moment with them around and their social media platforms are always places to be. Lateef had his birthday recently and he was given a surprise birthday party by the duo Bukunmi and Jamiu Azeez. Lateef who was not prepared for the surprise party was literally overwhelmed in joy when he sighted veterans like Iya Rainbow at his surprise party.

They are known to be best friends as they melt our hearts with their endearing friendship.

READ ALSO: ‘ASIWAJU TINUBU IS NOT IN KANO, NOT DABBLING IN KANO ELECTIONS’ – BOLA TINUBU OPENS UP