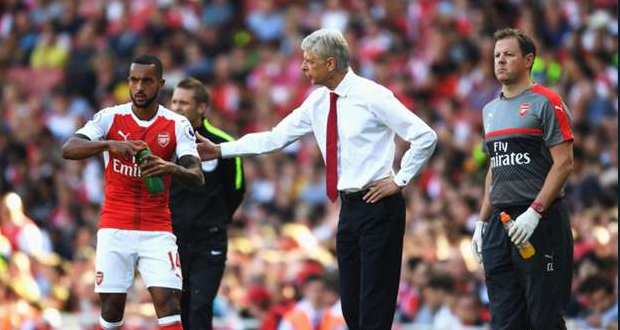 Arsenal forward, Theo Walcott has compared a speech given by manager Arsene Wenger to the classic Al Pacino team talk in the film ‘Any Given Sunday’.

Walcott is currently Arsenal’s longest-serving player and knows Wenger better than most, but his latest revelation may surprise some people.

The England striker told the club’s official YouTube channel about a recent motivational speech from the Frenchman which he likened to the famous Pacino performance.

“He did a speech the other day,” Walcott explained.

“I won’t be able to do the speech because it was that good. It genuinely reminded me of that film ‘Any Given Sunday’ and I actually said that to him!

“I was a bit embarrassed and didn’t know if he’d seen the film, but he showed his passion and how long it’s been since we’ve won the title.

“He wants it like all of his players, but you can tell he really wants it which is really good to see.”

In the movie, Pacino plays American football coach Tony D’Amato and gives a speech to his Miami Sharks side urging team unity before a playoff game.

After a challenging December, Arsenal have won their last three games in all competitions and sit second in the Premier League, eight points behind leaders Chelsea.