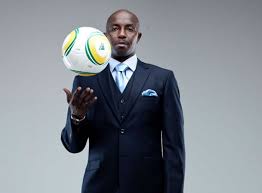 Reports claimed that the Normalisation Committee, which runs Cameroon’s Football Federation (Fecafoot) had received volume of applications to succeed Hugo Broos.
A Fecafoot official, who did not want to be named confirmed the list would be narrowed down to three ahead of the interview stage.

The new manager has big boots to fill after Hugo Broos guided Cameroon to the 2017 Africa Cup of Nations title before joining Belgian top side, Oostende as sporting director.
Siasia was in charge when Nigeria finished as runners-up at the 2005 FIFA U-20 World Cup in the Netherlands.

He also led Nigeria to the 2015 African U-23 championship and also won silver and bronze medals at the 2008 and 2016 Olympics football event.

Domenech, 66, who managed France at the 2006 and 2010 World Cups had come close to managing an African national side before.
Seven years ago, he claimed he was set to be named the Algeria manager, but Bosnian Vahid Halilhodzic eventually got the job.

How we plan to eliminate refuse heaps from Lagos streets