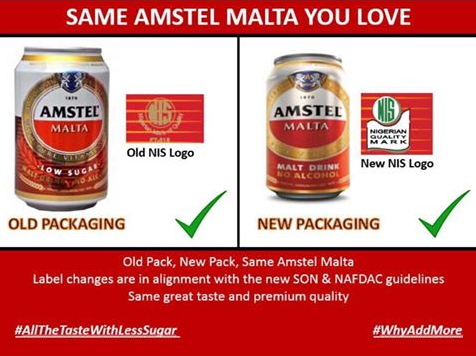 The Standard Organisation of Nigeria (SON), the statutory body that is vested with the responsibility of standardising and regulating the quality of all products in Nigeria, has debunked the claims of a fake Amstel Malta in circulation. Mr. Fred Akingbesote, Deputy Director, who represented the Director General of the organisation explained to Journalists in Lagos on Thursday that Nigerian Breweries have met all SON safety and quality requirements and have complied with all requirements of the new National Industrial Standard (NIS) logo.
In August 2016, Amstel Malta, the premium, low sugar formulated malt drink from the stable of Nigerian Breweries, launched a new credential campaign WhyAddMore. Shortly after the campaign, a picture went viral that a fake version of the Amstel Malta is in circulation. This was because the new packaging wore the new NIS logo while the old packaging had the old NIS logo of the Standard Organisation of Nigeria.
Akingbesote confirmed that the NIS logo on Amstel Malta is the highest mark of quality from SON and commended the management of Nigerian Breweries for its commitment to the highest quality standard. He stated that Nigerian Breweries is one of the first companies to adopt the new NIS logo which was launched in September 2015.
He maintained that the people behind the defamation are just playing on the intelligence of Nigerians. “We have a web site (www.son.gov.ng) which contains all information on our standards and quality regulations. Every Nigerian who has doubts about any product certified by SON should crosscheck the facts”, he said. 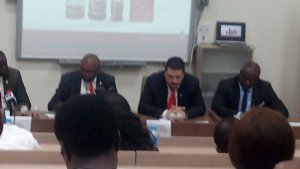 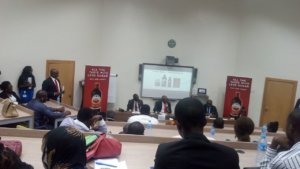 Also speaking on the occasion, Kufre Ekanem, Nigerian Breweries Plc Corporate Affairs Adviser explained that the Amstel Malta was one of the first brands to comply with SON directives. He added that the brand revised its packaging in line with the guidelines and approval of National Agency for Food, Drug Administration and Control, NAFDAC and in compliance with the new mandatory NIS quality logo from the SON
“In the normal course of product and packaging renovation, old packaging and the new introduction co-exist in the market until the old one dries out. In view of the twelve month shelf life, we currently have Amstel Malta with both the old and new packaging in some parts of the market,” Ekanem said.
He maintained that Nigerian Breweries is a world class multinational company that has operated in Nigeria for over 70 years and that the quality of its brands has been one of the key success factors of the company across these decades. “Every pack of Amstel Malta is produced to the highest quality-control standards of Nigerian Breweries,” he noted.
Ekanem assured consumers that every pack of Amstal Malta contains the same premium quality malt drink that they have come to love.
He informed that the company has reported the defamation attempt to the police and remains grateful that the Police authorities are investigating the case further