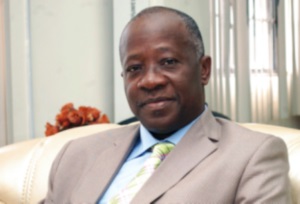 Prof. AbduGaniyu Ambali, the Vice-Chancellor of University of Ilorin, has said the institution produced 89 first class graduates in 2016/2017 academic session.
The Vice-Chancellor said in Ilorin on the occasion of a handover and valedictory press conference, which signalled the commencement of the 33rd convocation ceremonies of the university.
In his address entitled: “You are great”, the VC said that the university was thriving academically, going by the quality and quantity of research works embarked upon by lecturers.
He gave a breakdown of the graduating students thus: 89 First Class Division, 1,932 Second Class Upper Division and 3,727 Second Class Lower Division.
The VC also said that 1,309 of them graduated with Third Class Division, 117 with ordinary pass while there were two aegrotat graduating students.
While handing over to Prof. Suleiman Abdulkareem, the 10th Vice-Chancellor of the university, the outgoing VC said that the institution had recorded many successes since he took over its administration in the past five years.
According to UNILORIN, the university is one of the most peaceful institutions in Nigeria with uninterrupted academic sessions since the past 17 years.
“Since my inception as the VC, additional faculties were created from the existing 12 in 2012 to 15 presently,” he said.
Ambali also stated that a total of 69 projects had been inaugurated in the past five years.
The highlight of the event was a book presentation in honour of the out-going VC, entitled: “The Ambali Years, (A chronicle of the landmark achievement of Prof. AbdulGaniyu Ambali-2012-2017).”
-NAN
UNILORIN Produces 89 First Class Graduates was last modified: October 13th, 2017 by Arinze Ago

Why I Kept My Pregnancy From The...

OYSG and the story of Awa Bikes...