Home News Why ANNIE & PERO Are At War Over TUFACE
News

Why ANNIE & PERO Are At War Over TUFACE 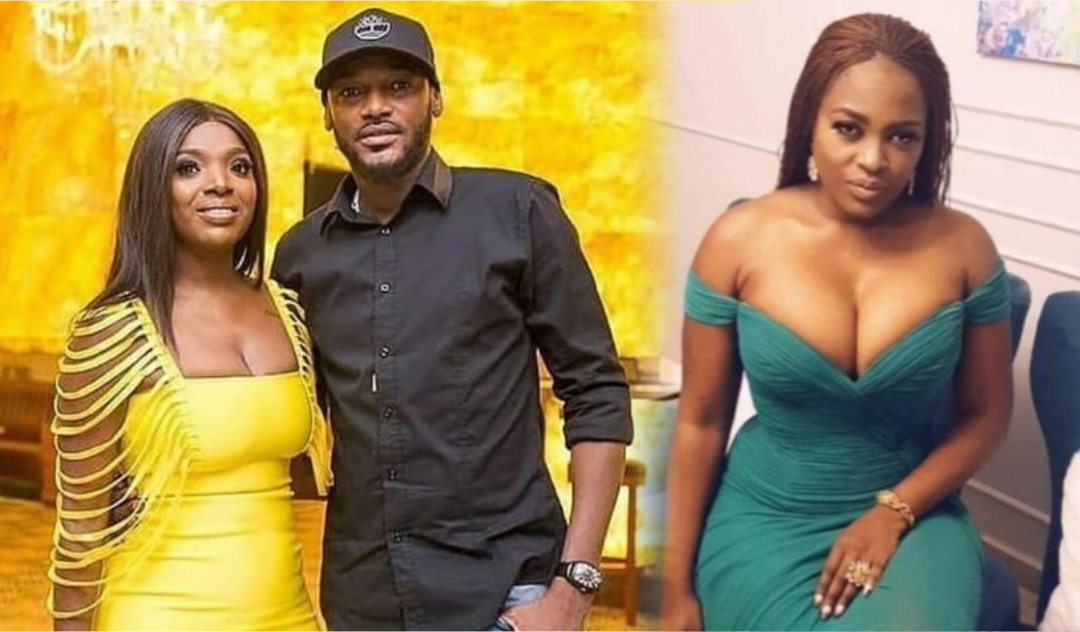 It has not been the best of times in the home of a popular music act, Innocent Idibia, popularly called Tuface. His wife Annie Idibia, who is an actress, has called him out for defying their marital vows and spending a night together with his baby mama, Pero, who has 3 kids for him. This became a story that trended for many days with many angles surfacing online. It took Tuface many days to respond to the whole issue. In his response, he pleaded with the public to respect their privacy and let the issue go underway. As of press time, Pero has also not responded to the allegation. Why are Annie and Pero at war over Tuface? it has been a war they have engaged in for many years, and while Tuface reconciled both parties 3 years ago, it seems the reconciliation couldn’t hold water as what transpired between Tuface and Annie in the last few days says it all.

By taking down her husband’s surname from her Instagram bio and putting it back moments later could just be the height of Annie Idibia’s fuse hours after the actress and wife of Tuface’ Idibia called him out over his relationship with one of his baby mamas, Pero Adeniyi. Annie who has two children for Tuface (Olivia and Isabella) had initially removed Idibia, leaving only Annie Macaulay, her maiden name. The drama in the Idibia’s house made its way to the internet on Thursday, September 2, 2021, after Annie accused Tuface of mingling with Pero. Pero is Tuface’s first baby mama who gave birth to three kids for the music superstar.

Annie also accused his family of not loving and caring about her since their marriage. She further claimed that Tuface spent nights under the same roof with his children’s mother, Pero Adeniyi, when he’s visiting their kids. In the Instagram story post which she later deleted,

She wrote:”I am a patient woman. I am not a fool, Innocent. Your family never loved me from the beginning. No matter how hard I tried. I was never worthy to them. I have made so many sacrifices for you and all your children. God knows I have tried. Your baby mamas constantly use your children as an excuse for all sorts of rubbish. I try to stay gracious. You are not the first man on the planet to have kids with different women. You can do better. Everything I do is to show the good human that you are. But today, this move is done by you, Efe, Frankie and your family is unacceptable. What kind of man takes his kids to Disney and spend nights in the same apartment with his kids and their mother? How many times have you gone to see your kids with Pero and she stay with you and the kids under the same roof?

She deleted the post some minutes after. However, Tuface’s brother replied to Annie on his own Instagram page. He accused her of using charm on Tuface among other things.

Reacting to Annie’s post, Tuface’s brother, Charles Idibia, slammed Annie and accused her of ranting online because she didn’t get her way today. He told her she must think his family members are fools because they are peaceful. He then added that Tuface is “dying slowly” and he has never seen a man “so unhappy in real life” like Tuface, yet the family has to cover for Annie to maintain peace.

He then insinuated that Annie’s mother does “juju”. Annie would then hit back, telling Charles that Tuface Idibia is “tired” because everyone is “trying to suck him dry”. She added that Charles is coming online to insult her despite living under her roof. She also stated that if trying to protect her husband and the lives of her kids makes her evil, then she’s happy to be.

He wrote: “You got married into a family of peace lovers …so peaceful that it’s actually an Idibia family flaw as I have come to realise. Perhaps this has made you think that we must be fools, but trust me, we are not. You are bringing up a Disney trip that happened pre-Covid19 simply because you somehow cannot totally have your way today like you are used to? Trying to paint your husband bad publicly( because he is a very private person). Is your threat tool and means of gaining control? …and I thought you were smart, abi the dealer gave you the wrong dose today? Asking your mum who lives in one of the bedrooms to add more fire to the Juju pot would have been a smarter move, but as God will have it, you choose today to expose yourself. You better finish what you started this Night, because maybe, just maybe the public might just help us all. Inno is dying slowly, never seen a man so unhappy in real life, but we must all maintain ‘peace’ that has never existed from day one …fuck that shit! ..am done. The Idibia family never gave you peace you say, please bring out all the wrong we did to you and post on your page pls, because I have a lot to say, and am going to say it regardless.

Annie Idibia and Pero’s rift can be traced back to 2015 and 2016 when they both called each other out on social media. Their relationship took a left turn when photos of Tuface Idibia reportedly kissing Pero at the singer’s nightclub back in 2015 broke the Internet.

But over time, the two women seem to have mended fences. For instance during 2Baba’s 45th birthday, to the joy of his loved ones and fans, Annie who happens to be his long-time partner and wife, ensured the day did not go unnoticed by putting up a surprise birthday party in conjunction with the singers’ baby mamas – Sunmbo Adeoye and Pero Adeniyi.

The music star’s wife later showed the revelries on her Instagram, revealing lovely intimate photos of her mother-in-law, kids and step-children. Present at the party were four of the singer’s children. A couple of 2Baba’s friends, including his long time business partner and manager, Efe Omoregbe, were also there. 2Baba is a father of seven; five from his previous relationships with other women and two with his wife, Annie. Recall that Tuface and Annie got married on March 23, 2013, in a star-studded wedding ceremony in Dubai. In March 2021, pop star 2Baba, and his wife, Annie, celebrated eight years of marital bliss.

In 2012, Tuface had proposed to Annie on Valentine’s Day, a move that stirred her to tears when it happened as she wasn’t expecting it. Tuface and Annie started dating when she was 15. Their relationship has, however, faced turbulent times. Tuface during his relationship with Annie had different affairs with other women. His video African Queen, which saw Annie make appearances is the first video to be aired on MTV Base Africa. By the time they shot the “African Queen” video in 2004, they were already an item on the entertainment scene.

Tuface once opened up on why he married his wife, Annie despite having kids from several other women. He said: “When I used to repeat just 3 sets of clothes, she would always hold my head, look me in the eyes and tell me things will be fine one day. When I wasn’t handsome, she would call me her prince charming. When I wasn’t celebrated, she called me her king and said she is my number one fan and to this day, she still is.”

The superstar in another occasion said about his wife: “I have been fortunate enough to have met a couple of nice ladies in life and two of them even have children for me. But I think that Annie and I understand each other more. As with matters of the heart, it is very difficult sometimes to find the right words to explain it. Somehow, you just know that this is the particular person that you want to stay with.” Arguably one of Nigeria’s most loved couples, Tuface and Annie Idibia have come a long way to be together and their true love story is one that resonates.

Annie first met Tuface Idibia at Even Ezra Music Studio when she was just 15. She once said, “I think there was some electricity that second.” Coming back from Annie’s 16th birthday, Tuface showed off his boyfriend status by paying bus fares for all her friends. He ended up not eating dinner that night but he was content doing it for love. Their relationship after some moments faced turbulent times. Tuface during his on and off relationship got two women pregnant. Despite the ups and downs, baby mama drama and crazy careers, they both found ways back into each other’s arms proving that truly, love conquers all.

One of the pop stars, Tuface’s baby mamas and the mother of three, Pero Adeniyi, has kept mute amidst the infidelity claims directed at her by the singer’s wife, Annie Idibia, on social media. Meanwhile, sometimes back in 2009, The gist in town was that Tuface had parted ways with two of his baby mamas, Sumbo Ajaba and Pero Adeniyi. Sumbo confirmed the split many weeks back, but Pero is insisting she’s still with the father of two of her kids. She spoke with City People Magazine in faraway Canada where Tuface had gone to perform some weeks back.

“People told me about the report but I didn’t get to see the paper. Well, as for Sunmbo, she spoke for herself and that has nothing to do with me. I am not separated from 2face. We are still very much together. If we are not together, I wouldn’t be here in Canada to be with him. I just decided to keep a low profile for a while and I think because people have not been seeing me around in Nigeria, they assume we have parted ways. I was going through a lot of stress in Nigeria so I thought the best thing to do is to go back to the US where I can live a quiet life. I’m here with my kids and I will remain with 2face because I love him. I will stay with him through thick and thin”.

Why ANNIE & PERO Are At War Over TUFACE was last modified: September 14th, 2021 by Tayo Oyediji