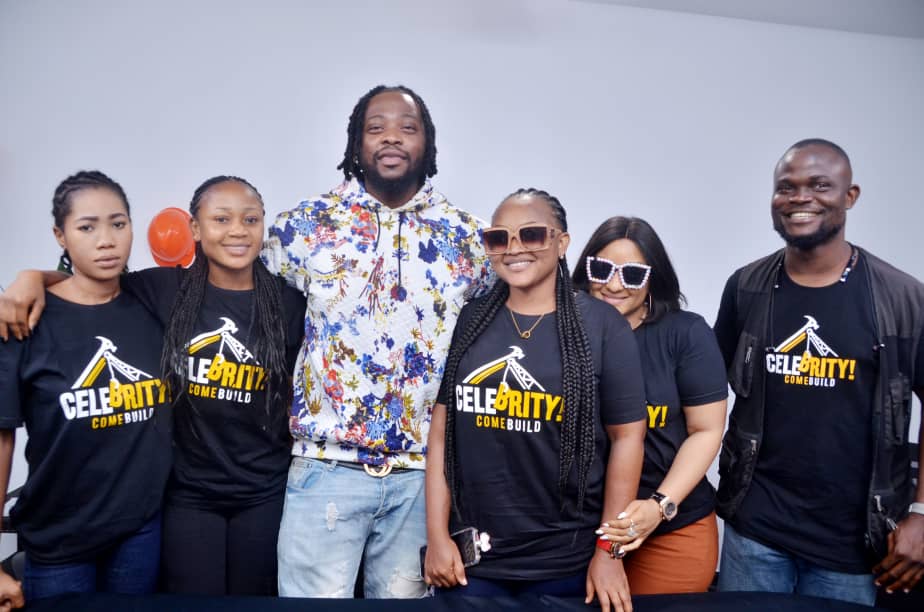 The much-talked-about Celebrity Come Build Reality Show is about to take off, as 12 celebrity housemates have been picked to star in the show.

A leading training institute and key player in the Nigerian Real Estate industry, Universal Learn Direct Academia simply called ULDA Limited has taken the sector by storm as it innovatively brought a new dimension to what it offers the public. This time it unveiled no fewer than 12 top African celebrities who would contest for top prizes at the “Celebrity Come Build” Reality TV show.

The reality show which is already in its early stage would be unarguably the first of its kind in Nigeria and in the entire African continent. Thanks to the ingenuity of its organisers.

Up for grab for contestants is the ultimate prize of a 5-Bedroom Duplex apartment in Lekki, Lagos state among other juicy packages the show will offer. Among the carefully selected Celebrities to slug it out for these prizes are Nigerian movie sensation, Bolanle Ninalowo; the ever pretty Mercy Aigbe, beautiful Nollywood actress Nkechi Blessing, former Big Brother housemates “Teddy A” and Anto Lecky, Popular South African Celeb, “Na Ledy“, Rosebond aka Ghanaian Cardie B, Rosemary Afuwape aka “Rosie” former winner Ultimate Love Reality TV show, popular Naija comedians, Saeed Muhammed aka Funky Mallam, Josh too Funny, and Lizzy Omo Ibadan.

The contest would house contestants for a duration of 12 weeks where they would be groomed on the rudiments of Real Estate Construction and Management. They would also be split into two viable groups of 6 contestants. Each group would be given a task to build a 3 bedroom flat apartment right from the foundation.

Also, the most active viewers on TV and social media would also smile home with lots of mouths watery and pocket prizes. Notable among them include a free return ticket to Dubai and a gift of 3 bedroom apartment built by the contestants inside popular Bluestone Garden City in Mowe-Ofada in Ogun state.

During a media chat with Citypeople Magazine, the organisers explained the motive behind the show which was to demystify building construction in Nigeria and Africa as well as encourage its teeming viewers in the acquisition of building and construction skills.

“It’s a marriage between the building construction and the entertainment industry. So the entertainment industry is used to drive the ideas of the building construction and industry. We thank God that this is happening for the first time in the continent of Africa. We are getting a whole lot of attention right now in lots of countries all over. The show is structured in a way that appeals to the general public through the language they understand best; which is entertainment. In the process of them getting entertained, they are now getting the real information that the show basically is all about. In fact, the housemates are already testifying to the quality of training they were exposed to.”

ULDA is a parent organization to ULDA Media. It is designed to facilitate skilled training in the main vocation of building and construction industry with the aim of solving alarming rate of deficit in housing in the country.
ULDA Limited is one of the most sought-after institutions in the industry that not only impacts needed skills but also empowers trainees to be enterprising.