Home News 134 Dead, 88 Missing Due To Flood In Japan
News 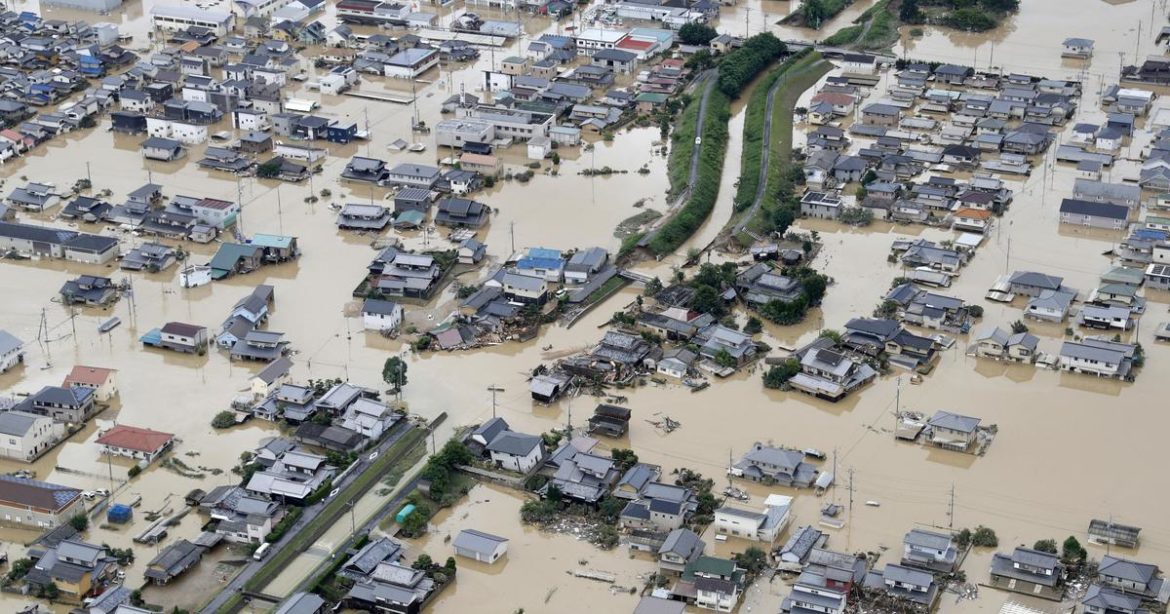 As of Monday night, 126 people were considered dead; over 60 were believed to be missing.

“Ten people are officially listed as missing. At the same time, it has been impossible to confirm the security and location of 78 others,’’ Suga told a news conference.

According to the cabinet secretary, the authorities have received about 100 alerts from witnesses who said they saw floodwater washing away a car with people inside.

“To aid the damaged areas, two billion yen (about 18 million dollars) has been allocated,’’ Suga added.

Heavy rain poured down on the southwest and center of Japan earlier this month, causing flooding and landslides.

About 1,800 people were evacuated from the affected areas by Monday night, over 11,000 people were staying in special shelters. Power was cut in over 20,000 households.