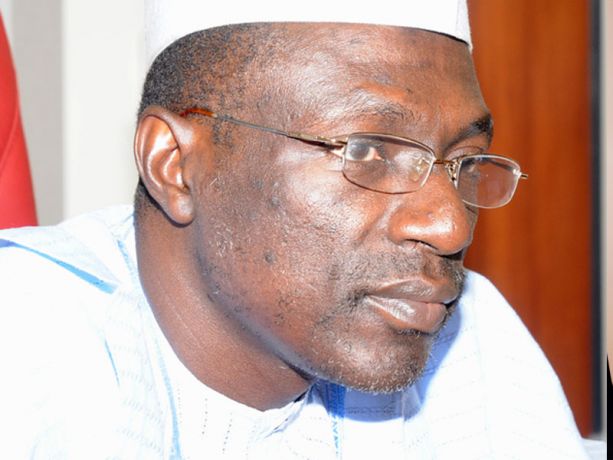 The nation’s political climate is in a fresh as Senator Ahmed Makarfi has declared his interest to contest the 2019 presidential elections.
The former Peoples Democratic Party, PDP, caretaker committee
chairman and onetime Governor of Kaduna State, Senator Ahmed Makarfi said he was ready to brace all odds to make good his intentions
Makarfi who made the declaration yesterday, said that the nation needs a leader that will rescue her from the present security, economic and other social ills confronting her while declaring his intentions.
He asserted that the All Progressives Congress, APC, leadership under President MuhammaduBuhari has failed to rescue Nigeria from security challenges and economic woes plaguing the country.
According to him, “a ruling party in crisis with itself and more sothat cannot rescue its party from its crisis cannot rescue the countryfrom security and other challenges bedeviling Nigeria in 2019 andbeyond and Nigerians must join hands together to ensure that apurposeful leadership is enthroned to salvage the nation”.
The former Governor, who spoke with Journalists, said that he has consulted wide across the country with Party men and women onwhether to vie for the Presidency in 2019, saying that “the reactionshave been positive and most of the party men and women have given me the encouragement to seek for PDP nomination for the ticket”.
Makarfi said that it was time to rise beyond the use of ethnicity,religion and other primordial issues that divide Nigerians ingovernance, saying that the nation is more divided and disunited underthe APC regime”.
“I am not new to issues of governance and leadership. Some of you have known me for some time now. Of course I came into government from the private sector and became the Finance Commissioner in Kaduna State.I later became Governor and govern the State for eight years. Ihave legislative experience having served two terms in the Senate andI got a bonanza when party leadership fell on me and understand howto manage political party.
“If you cannot manage your party,particularly at a serious crisis you cannot manage a larger society.
“Again, if you can’t manage complex communities and societies, likeKaduna which is a mini-Nigeria, again managing Nigeria becomesdifficult. God has so designed that I have passed through theseprocesses. I believe I have these advantages; others too have theiradvantages, but at the end of the day the people will decide.
“Look at the circumstances we are now, to me security challenges,
economic challenges and unemployment, the unity of the country is also threatened because of mutual suspicion of one another, and corruption of what binds us as a nation and one entity and government at conflict with itself.
“If you take one after the other you will find out that one has the
experiences of confronting most of these issues. Security challenges,
when I first serve as a governor in Kaduna I was able to mobilize the
citizens of the State, irrespective of where they come from in Nigeria
and earn their confidence. And they worked with me and supported me
and we were able to restore normalcy. So, managing complex security issues, I am not new to that.” He said.