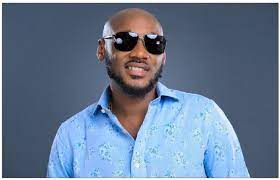 The evening of Friday May 7, 2021 was full of glitz and glamour as a young and emerging studio outfit in Lagos, Awa Studio showcased a session of live band performance with four A-list Naija highly celebrated music icons; 2face Idibia, Daddy Showkey, Sound Sultan and Idris Abdulkareem.

The event was held at the popular Miliki Lounge in Victoria Island, Lagos at the presence of top personalities and crème de la crème of the Nigerian entertainment industry.

The screening featured documentary of these superstars as each of them did a live band performance and had an interview session where they revealed a lot about their journey into music.

The event also celebrated two great icons that gave music industry a face lift, Kenny Ogungbe and Dayo Adeneye. Meanwhile a question and answer session was held for them where they also spoke extensively on how it all began from the days of study in the United States up to the point they decided to return to Nigeria and make impact nothing leaving their experience at Raypower FM.

Speaking to the press, the organizer of the event and daughter of Kenny Ogungbe, Yvette Ogungbe said the event was all about digging back into the Nigerian music industry to celebrate legends that have made the country proud. She said the show would be in series as they look forward to featuring many top music icons in the industry. She however thanked members of her production crew for their dedication in putting up such a great documentary series.

I can end kidnapping in North within 3 months- Otunba Doyin Okoye Says, As he requests meeting with Buhari