8 Unladylike Things that Most Men Love about Women 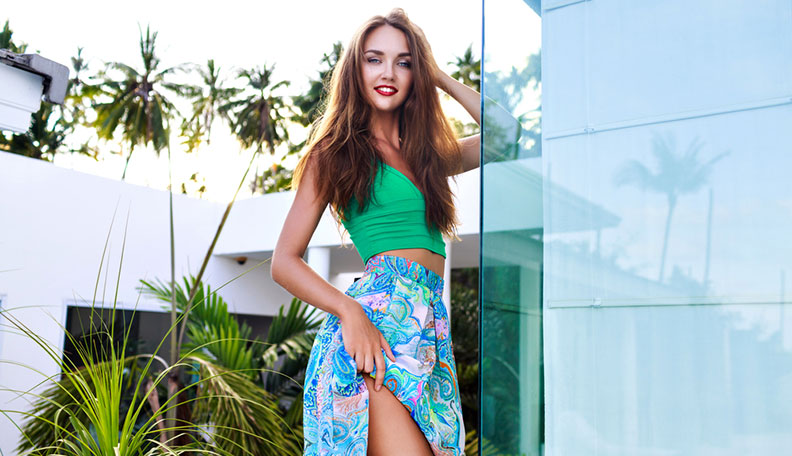 Women are considered to be the “fairer sex” compared to the dirty, brash, and rowdy male species. This is due to a set of unspoken rules that dictate the behavior of a “proper” lady—rules that women are seemingly bound to follow.

The image of an ideal lady, as people are led to believe, is a fair, reserved, and courteous being incapable of pooping, farting, and smelling bad. Ideal ladies are also imagined to be made of ribbons, butterflies, and the nicest things in the world—pretty much like Cate Blanchett in “Lord of the Rings.”

However, modern society is far from the Victorian-era imagination of traditionalist old-timers. The passing centuries, coupled with the introduction of feminist and liberal ideas, has shaped how people view appropriate gender-specific behaviors.

This means that women act however they see fit and will not be thought less of for it. Fortunately, there are times that men find some of these “unladylike” behaviors attractive and a refreshing change from the regular governess-tutored lady.

What are these seemingly grungy behaviors?

Although men don’t typically love women acting like men, there are some more “manly” behaviors men find attractive in a woman. These include:

#1 Doing dirty DIY work. If you enumerate the usual things that women do, you would likely hear the typical, “shopping, getting my nails done, hanging out with my girlfriends” kind of response—though there are countless other harmless girly activities that might be included. The moment you find out that a girl can skin a deer she just shot with a Remington, you suddenly feel the urge to ask her to marry you.

Well, maybe not, but ladies should know that men greatly appreciate it when women are capable of doing DIY stuff like fixing or modding a car, putting up a fence, wiring computers, and other activities that might ruin their nails.

#2 Being able to handle their alcohol. Shandy, cocktails, and toned-down alcoholic concoctions are the usual preferred drinks for women; getting too drunk with the strong stuff might make them noisy and unladylike. Men, however, have different opinions when it comes to women drinking. In fact, men are often impressed with women who have no concept of a “lady’s drink” and lose the martinis in favor of beer, bourbon, and scotch.

#3 Laughing out loud and proud of it. In the old days, ladies were taught that boisterous laughing is reserved for the less civilized tavern folk, and should be replaced by a fake, well-modulated giggle—with your mouth covered, of course. Well, this may be good behavior befitting a formal dinner, but for men, nothing is more attractive than a woman who can laugh her heart out without heed to the risk of snorting. Nothing sounds more beautiful than a woman’s natural and contagious belly laugh.

#4 Being capable of kicking ass and defending herself. Violence is out of the question when it comes to a proper lady’s behavior. And when it is unavoidable, ladies are expected to find a man to defend their lives and honor, while they cower in the corner in horror.

While this belief is antiquated and undesirably sexist, women generally tend to avoid physical confrontations and resort to verbal spars. It is a great treat to find a gal who is perfectly capable of beating the crap out of a catcaller, turning him into a sobbing wreck. Ever wonder why Ronda Rousey is so appealing to a lot of guys?

#5 Being capable of eating whatever she wants. You know how women tend to eat less because they’re perpetually watching their figure? And not only that, they would rather eat those boring food items that you wouldn’t have thought of as edible in the first place *we’re looking at you, wheat grass*. Well, screw that! Chicks who are not ashamed to guiltlessly tear into a hunk of steak, or down a pound of bacon in one sitting are sexy.

Being healthy is one thing, but depriving yourself is another. You can still be healthy and appreciate the food of your preference. Sticking to a green diet while guilt-tripping your boyfriend to join in is just way too unfair.

#6 Having a mischievous sense of humor. For all of their existence, women were generally taught to be prim and proper at all times, and any kind of outlandish behavior is unthinkable and should be avoided. Maybe that’s why men typically have a larger sense of humor and often have better careers in comedy. You can understand why a woman who is willing to jump the boundaries of the feminine image of grace in order to make you laugh is automatically a keeper.

#7 Being comfortable with sexuality. Okay, this is a particularly touchy subject to some, but to be precise, men like women who are open and comfortable discussing sexuality. How can that be unladylike? It depends on what type of culture you grew up in, but historically, it was frowned upon and unladylike for women to discuss sexuality. As a result, their sexual needs were often disregarded and relationships were strained as a result.

While this type of thinking has ebbed a little bit in modern times, men greatly appreciate it when women are comfortable openly discussing what they like or dislike about sex. This is especially true if you’re in a relationship, as it is quite important for couples to be in agreement regarding sex.

#8 Being upfront with her feelings. Because men really believe that the notion of women waiting for the guy to ask her out first is total crap. In fact, men appreciate being asked out sometimes. And as much as it happens, men hate the guessing game they have to play when it comes to what women want, think, and feel. Therefore, a woman who speaks her mind and intentions without heed to the social convention is both attractive and admirable to men.

The modern age has brought a lot of changes in how each gender is expected to behave. Women can wear jeans, and boys can definitely cry—despite what The Cure would have you believe.

H/T: Paul Mangay is a writer-photographer based in Manila. He writes Here

8 Unladylike Things that Most Men Love about Women was last modified: April 30th, 2017 by Arinze Ago

Meet The Big Boys Who Run Computer Village In LAGOS

10 Things Guys Notice First about You

Sleep deprivation could be the antidote for...