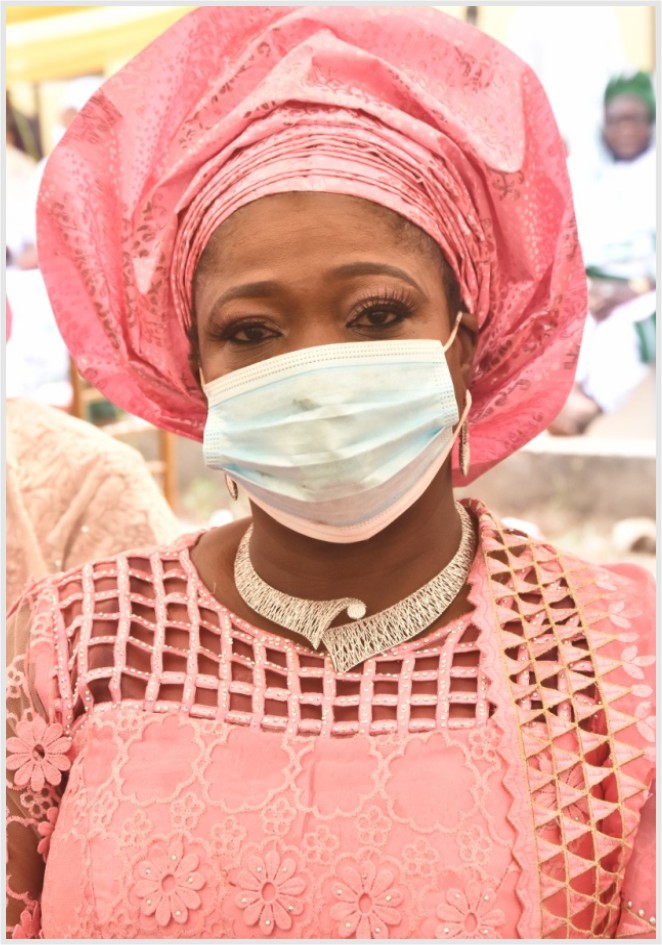 On Sunday, 7th February 2021, the family of Erogbogbo held a world-class 8th-day fidau prayer for their beloved mother, Alhaja Sadia Abeke Erogbogbo, at her residence, 7, Deji Adedotun, Igbo Oluwo Estate LOWA, Ikorodu. It was an event aired live on zoom for people in Diaspora, and a few members of the family who were present at her residence.

Alhaji Sadiat Abeke Erogbogbo, the mother of the Chairman/CEO, Nigeria Diaspora Commission; Hon. Abike Dabiri-Erewa (nee Erogbogbo) was, without doubt, a pride of the nation, considering many testimonies that were said about her on this day.

Aside from being the mother of Hon. Abike Dabiri-Erewa and other worthy children, she was a detribalised Nigerian mother, who contributed to the nation-building by inculcating knowledge in many youths who later became leaders in various fields of endeavour. She was a well-rounded Nigerian who was born in Kano and educated in Lagos.

She joined the noble profession of teaching and in the course of her teaching career, she taught in Kano, Lagos and Jos; making a positive impact on the lives of several pupils who passed through her tutelage to become great men and women in the society.

Given her dedication, commitment, and passion for the teaching profession, Mama was given the sobriquet (Nickname) Kind Teacher.

After her retirement, Alhaja Saidat Ventured into the business world and was a very successful businesswoman of repute.

Alhaja Saidat Abeke died on Monday, 1st of February, and was buried on Tuesday, 2nd February, 2021 in accordance with Islamic rites.

According to one of her daughters, Hon. Abike Dabiri-Erewa, “she died at 90 peacefully, gracefully as she smiled, waved and said: “I want to sleep”. I wish for you what you wish for others”.

Many great testimonies were said concerning Alhaja Saidat Abeke Erogbogbo. Part of which stated that during her lifetime, she was reputed to be a disciplinarian who lived an upright life. She was a devout Mushin who practised Islam religiously till she returned to her maker.

She was known to be a just person that was very compassionate and humane. She was a philanthropist in her own right, a cheerful giver and a community builder. She was a sticker for truth and fairness. She believed in equality and commonality.

She was reputed to be a mother to all, whose doors were always open to humanity.

Alhaja Saidat Abeke Erogbogbo would always be remembered by many for her words of wisdom, advice and kindness to people without discrimination or biases on a tribal or religious basis. More particularly, Alhaja Saidat Abeke Erogbogbo’s name would be inked in the annals of history as a detribalized Nigerian who contributed to the nation’s building as a teacher of repute and for bequeathing an asset of inestimable value to the nation in the person of the Sterling Amazon called Abike Dabiri-Erewa who was a former Presidential aide to President Muhammed Buhari, current Chairman/Chief Executive Officer of the Nigeria Diaspora Commission (NIDCOM) and three terms representative of Ikorodu division in the House of Representatives, Abuja.