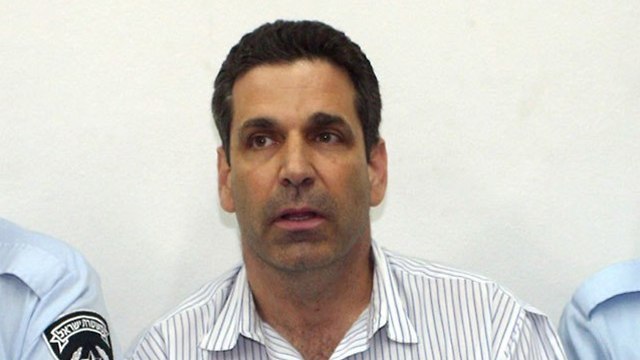 Gonen Segev, a former energy minister in Israel, has reportedly admitted contacts with Iran after being arrested in a suspected spying operation, local reports in Israel said.

Mr Segev lived in Nigeria on a self-imposed exile after completing jail sentence for drugs offenses in Israel in 2010. He worked as a medical official for Israeli diplomats and other Jewish expatriates around Abuja. He was arrested in Equatorial Guinea last month and was extradited to Israel where he has now been charged with spying for Iran, reports said.

It was not immediately clear if Nigeria played any role in his investigation and arrest. The Ministry of Foreign Affairs and Defence Headquarters both declined comments to PREMIUM TIMES about the development for the most part of Tuesday.

Mr Segev was reportedly lured to the Iranian Embassy in Abuja in 2012 under the guise of treating the children of its diplomatic staff, Israel’s Channel 10 news reported.

By taking up assignment with Iranians, Mr Gonen was reportedly hoping to mislead them and ultimately restore his reputation that was tarnished by his jail sentence, Channel 10 said.

“I wanted to fool the Iranians and come back to Israel a hero,” he was quoted as saying during his interrogation. He denied all allegations of wrongdoing and said he did not pass any sensitive intelligence to the Iranians during his contacts with them.

Mr Segev was arrested in 2004 for attempting to smuggle 32,000 ecstasy (MDMA) tablets from the Netherlands into Israel. He initially denied the allegations, saying he thought the pills were M&Ms. He was also accused of illegally extending his diplomatic license and credit card fraud.

He was convicted in 2005 of drug smuggling, forgery, and fraud. He bagged five years’ imprisonment with a $27,500 fine. He was released from prison in 2007, after a third of his sentence was cut, due to satisfactory behaviour in jail.

Mr Segev, Israeli energy minister from 1995-96, maintained a low-profile since moving to Abuja years ago, and he is not well-known outside the diplomatic and expatriate communities in the capital city.

Diplomatic ties between Iran and Nigeria strained recently amidst continuous detention of Ibrahim El-Zakzaky, a foremost Shiite cleric in Nigeria who was arrested in 2015 after Nigerian soldiers raided his compound and killed nearly 400 members of the Islamic Movement of Nigeria. The army accused the Shiites of block a major road to be used by army chief, Tukur Buratai. One solider was also confirmed killed in the violence.

Nigerian authorities have also thwarted attempts by persons linked to Iran to import assorted arms and ammunition into the country through illegal use of the country’s seaports.