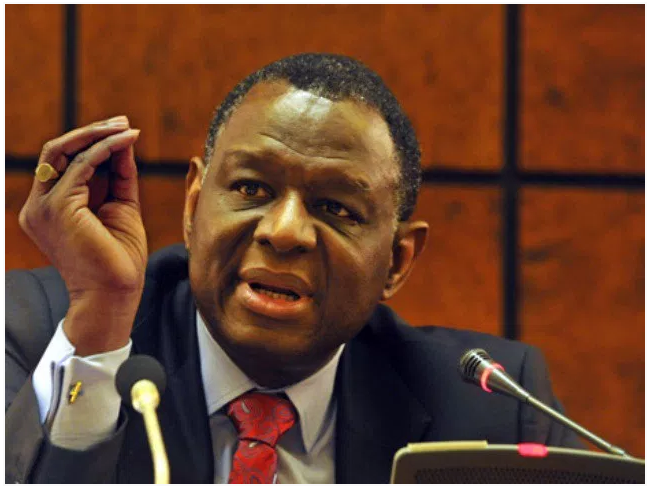 Acting President Yemi Osinbajo has sent a very touching condolence message to the family of former Minister of Health, Babatunde Osotimehin.
The acting President also expressed shock and sadness at the news of the death of the deceased who was the Executive Director of the United Nations Population Fund (UNFPA), and died on Sunday at 68.
“On behalf of the people and Government of the Federal Republic of Nigeria, Prof Osinbajo extends heartfelt condolences to his wife, children and entire family over the passage of their beloved father, grandfather and also an illustrous Nigerian,” the vice president said.
He commiserated with the staff of the UNFPA and the entire UN system on the demise of a very remarkable international public servant, who served passionately, diligently and worked tirelessly at the global and national stages to reduce maternal mortality and promote universal access to reproductive health.

SEE ALSO: JUST IN: EX-UNFPA EXECUTIVE DIRECTOR, BABATUNDE OSOTIMEHIN DIES AT 68
Mr. Osotimehin, who also had a distinguished career as medical doctor and teacher before he served as a cabinet minister in Nigeria, and later at the UN, will be long remembered for his many significant developmental contributions at home and in the international community, according to Acting President Osinbajo.
As Mr. Osotimehin is being mourned internationally, the Acting President urged the Osotimehin family, friends, and associates to take solace knowing that his notable service and worthy contributions especially towards improving women and children’s health across the world are widely acclaimed, deeply appreciated, and would be long remembered and honoured.

Army University To Kick Off In September – Tukur Buratai