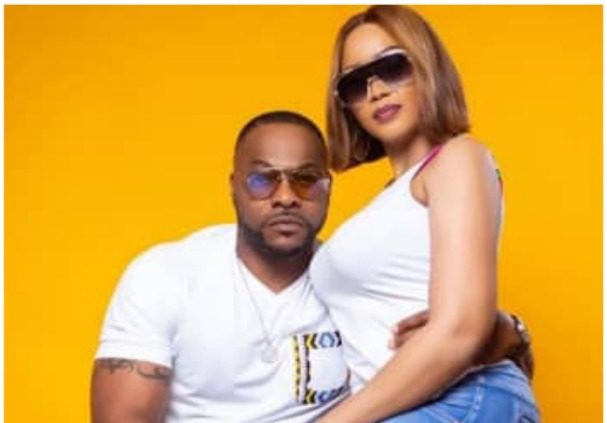 •Also Talks About His Wife, BUNMI

Star Actor Bolanle Ninalowo is one of the finest actors in Nigeria,  rocking both the English and Yoruba Movie Industries. The multi-talented actor who just clocked 40 has come out to say he is indeed fulfilled, as his greatest desire in life was to celebrate 40 with his wife and kids and God granted his desires.

It’s no more news that at a point Nino, as he is fondly called separated from his wife and kids. He spent the first 15 years of his life in Nigeria, before relocating to USA (Chicago), where he lived for 15 years. He studied accounting at Devry University and also marketing at Keller graduate school of management both in America.  He once worked as an Accountant at General Growth Properties in Chicago and when he relocated back to Nigeria. He worked with Guaranty Trust Bank, but still had an interest in the arts. He tried producing his first movie titled Rebirth in 2010, which didn’t launch him into the movie industry.  He kept his hopes alive and work extra harder and due to the hardworking, dedication and above all the grace of God, within one year of gaining prominence in the industry. Nino worked with almost every reputable actors in the movie industry. He became the most sought after actor in both English and Yoruba Movie Industries besides his talents.

He is blessed with an image people find attractive. Everyone just wants to be his friend. In one of the interviews he granted City People, he described his wife as the most supportive partner in the world. According to him ”I started acting after I married my wife and she was okay with my decision. I was an accountant at some point in America before I came to Nigeria to become an actor.”

“I have a very supportive wife and things are not always easy for everybody as there are ups and downs in life. However, I cannot talk about yesterday because it is in the past, but all I can tell is that my wife and I are doing very fine. She loves me and I love her as well”.

The issue in their marriage at a point was getting tougher that Nino declared he was getting a divorce in 2017, but God intervened and restored the marriage back and he relocated his family back to Nigeria. Last year, he gave the true picture of what truly happened in his marriage a few years ago most people don’t understand, through a post to celebrate his wife.

According to him “Never forget the day of humble beginnings. 9 years ago, I shot my film on relocating to Nigeria, but I was duped. I was lost. I was depressed worried about all they will say about my failure. The mockery the laughter, what a shame. But Bunmi walked with me and became my only comfort. The absolutely beautiful but simple and gentle young girl who gave up her voice for mine.”

“They mocked her. They laughed at her. They judged her and said she was just a dummy that was following a man and being controlled by his desires. It got so bad and the shame became unbearable. At a point, I said enough and then relocated her to the states to be in a better place, while I face it all. Then the bigger a and bitter struggle began and pain set in, I became dogged as I was determined to turn pains and wounds into motivation and success.”

“I became ruthless, losing myself into my own dreams and aspirations and she began to cry and she began to experience her new self inflicted pain by being a single mother, hoping for my return as things got worse for her without my understanding. The more she cried, the harder I went, while becoming her enemy, irony of life? I was punishing the same one I was determined to protect then, her anger and enmity escalated and I began to hate her; the same woman I love became the woman I never wanted to see eye to eye ever again. The harder I went in achieving my core objective, the worst it became between us. Little did we know that we were still both fighting together for the vision we created but must also find ourselves individually in order to cherish and appreciate the blessing at the appointed time.”

“These were the darkest moment of my life, but I smiled every day to inspire myself and motivate others while I bled inside”.

“I read His (Bible) words daily and understood Him and His destined processes for man. I gained wisdom and made His will my only purple and fear. He said he would restore all but my impatient for his appointed time only brought me more pain but faith and my belief in His promise never changed, so I got only stronger. I read of all the great men in the bible and how much God tested their will for the blessings they desired and understand, the test of determination, I lost the ideology of entitlement and understood that all in life and life itself were a mere privilege. Then the moment we both accepted and realized it was finally over as there was no hope for reconciliation. He humbled us. He showed up without lifting a finger. He stored us with an immeasurable blessing. We fought together. We fought against each other but the vision, we committed into God’s hands never changed. I messed up a lot. I stumbled day and night;  I made numerous mistakes,

I failed so many times but I remained loyal to my aim and secured my vision to the very fibre of my being and with God, I was sure that irrespective of all, the end would surely justify the means and I shall be judged and blessed by the works of my hands. This is why I would cherish her for the rest of my life. This is why I would continue to give her all because with the good and bad times she made me. She is my destiny.

How sad if I had not made it by God’s grace, would I ever forgive myself knowing I took advantage of her naiveness, back then, when she gave the world a deaf ear just to follow a man. Sometimes in life, if we are humble enough to leave all to God, we would then get the privilege of connecting the dots. Sometimes you gotta retract your steps to reposition yourself for the greatness destined for you. All you need to do is fear God and gain wisdom and understanding all the adversities we faced are history. We made it and with God, we will continue to overcome. I love you Bunmi.”

Ever since this couple settled and decide to stay in Nigeria together, its like renewal of vows on a daily basis, as the actor uses every opportunity to flaunt and appreciate his family on IG. He even surprised his wife with a house gift in Lagos recently, when a property company fulfilled their promise after 9 months of being their Ambassador. Rather than keeping the property, he gave his wife instead. Bolanle Ninolowo and his wife, Bunmi are one of the most admired couples on social media, and Nino has been able to balance his career and marriage successfully and achieving all these at 40 is a big deal to the multi-talented and highly celebrated movie star.