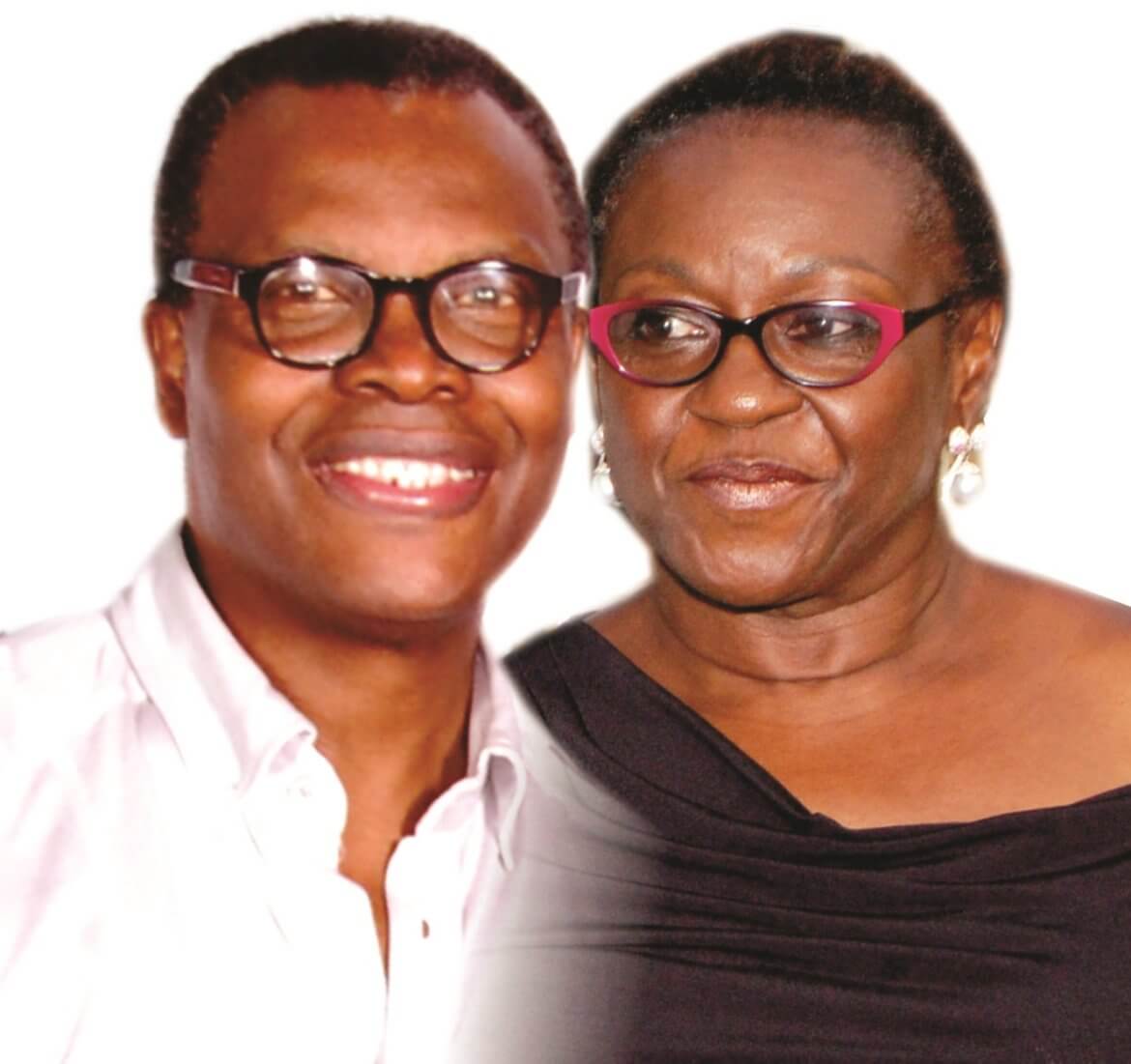 It  was a galaxy of stars and dignitaries as Nigeria’s glitterati gathered  on Sunday, November 12th, 2017  to celebrate the 20th anniversary of Adam & Eve ,  a foremost retailer of high-end homeware and luxury items store, located on the highbrow of Isaac John Street, GRA, Ikeja, Lagos  as it hosted it’s customers and well-wishers to a special Festival of Carols.

The event, which came after. The content art exhibition hosted by the outlet,  also marked  the official opening of its Christmas Store, which offers varieties of yuletide decorations which gift items. The much talked about Adam & Eve Festival of Songs began with a grand roll-out of cameras of all sorts on the sumptuous red carpet,   laid at the entrance of the event with exquisite decorations  and was indeed stunning. The organisation and technical quality of the event, anchored by Mr. Ope Bankole, CEO of Think Tank Health,  a Division of the Premier Global Group of Companies  was first class.

As the programme kicked off at 3pm prompt,  many processional  Christmas hymns were rendered by the Choir and Fr. Ethelbert Ukpabi, the Dean of Epe Deanry, Catholic Archdiocese of Lagos. First Reading,  Second, Third, Fourth, Fifth, and the Sixth Readings were taken respectively by different Guests at the event. Aside the many dignitaries in attendance , there were 6 (six) Catholic Rev. Fathers, and  Sisters and  one Anglican Rev.

Adam & Eve Staff and Officials were not left out as they came out one after another to give their presentation on what Adam & Eve means to them. They were also every where to ensure that none of the guests was left out in the merriment of the memorable event.

Speaking at the event, a fulfilled CEO/MD of Adam & Eve,  Mrs Modupe Ogunlesi said the event  was a form of saying ‘Thank You’ to their loyal customers and friends who have supported the business in the last 20 years, as well as to celebrate the essence of Christmas. According to her, “People may say ‘Festival of Carols in November,’ but in the past, we’ve actually had it in October. For us, it means that from now on, our Christmas room is open. If we hadn’t had the art exhibition in October, we probably would have had the Carols the last weekend of October. Now, this is our 20th year, so we are making a little big noise about it. I can tell you that 20 years in the retail industry in Nigeria has not been an easy walk,” she said.

A Chartered Accountant and entrepreneur extraordinaire, Ogunlesi explained that the  Carols  followed the format of the Kings College of Cambridge Christmas Carols, which is Nine Lessons that go through the whole miracle of Christmas. “So, you have the Nine Lessons, and then a proper priest reads the Ninth Lesson and delivers a sermon, which is the Christmas message. In previous years, when we finish, we have dinner; it’s a sort of thank you to my loyal customers. This year, I took a shorter version of Nine Lessons of Christmas; we did  Six Lessons instead and I got a nice lineup of readers; I pick different readers for each year”, she said, adding that last year, it was about females, who have exceled in their fields.

“But this year, I had a mix to reflect that we are 20,” she said.  Describing Christmas as a season of hope and new beginning, she said, “the message of Christmas is like a new beginning; you don’t have to be a Christian to celebrate. It’s a time that you need to look back at past mistakes but don’t worry about them because a new year is coming”, she said, adding that, “usually, we are no discounts given people at Adam & Eve but five percent discount will be given for any good bought for this Christmas”. Speaking further, Mrs Ogunlesi disclosed that despite the recession, which according to her has been very challenging,  Adam & Eve is not losing any sleep.

“Whereas many are groaning under low sales, we are confident that Adam & Eve is well-positioned in the market as provider of quality goods. This  is the unique selling point of our  outfit. I wiill describe recession as a blessing in disguise.”. According to her, the good thing about recession is that when there is a lot of money in circulation, people rarely look at quality before they buy.

“Not so during recession,  when few people have money, they don’t buy for the sake of buying.  They look for quality and are more conscious of what to buy, and that is where we are well positioned. We prefer customers to come here and buy items to replace quality ones that they can give out to friends or relations than customers than to  buy new items to replace ones that have gone bad because of poor quality.For example, we have cutlery that have 50 years’ guaranty”, she said, adding that at this time of recession, people are more conscious of the quality of what they buy.

“We prefer that you trust the taste of Adam and Eve. I check the quality of what comes into Adam & Eve. I don’t buy online because I deal with manufacturers, visit the factories and I ascertain the backup as per guarantee if there is a problem. All the products at Adam & Eve must not only be beautiful but must also be functional,” she said.  On what actually informed her to establish Adam & Eve,  Ogunlesi quipped;

“Adam & Eve started by chance 20 years ago when my daughter wanted to get married. She came up with a wedding list of items but was unable to get what she liked. It was a sitting room size of shop when it started. It transformed from a shop of kitchen wares to include bathroom, toilet and complete home. Five years down the line, my daughter and her husband got tired of the sedentary work and wanted it shut down. We worked out the value of the shop and I bought it off her.

“Today, the business has grown from a wedding gift shop to a reputable shop that encompasses luxury but functional items. The store consists of several departments – for kitchen, dining, bedroom and bathroom, leather works, children gifts.  A walk through the entire store could take upwards of an hour due to the abundance of quality items that engage the attention – exquisite dinner sets and uniquely crafted cutlery that transform a meal into an event; luxuriant Persian rugs; rich leather cases and accessories; multitudes of exquisite décor pieces are all in Adam & Eve”, Mrs Ogunlesi concluded.

In his own words, Chairman, Adam & Eve  Homeware Store, Mr. Lanre Ogunlesi disclosed that he felt great that all the hard work put into Adam & Eve over the years has  yielded very well.   According to him; “Growing from a humble beginning in a store measuring about 15 square feet in 1997 to a sprawling structure sitting on about an acre of land, Adam & Eve at 20 has been a success story that tells the story of hardwork”, he said, adding that;

” It’s 20 years of existence is no mean feat by any standard. And this has been achieved without compromising the quality of the products on offer, delivered on a platform of the excellent customer service the store is known. The strength of Adam & Eve that has sustained it all these years is that it has the tradition of good quality products”, he noted, adding that any product you buy in Adam & Eve will virtually gives you a life guarantee as you can depend and rely on it without letting you down. . In his speech,  Mr. Lekan Onabanjo, Curator;  ‘The Content’ Nigeria Art Exhibition,  who described  and nicknamed Mrs  Modupe Ogunlesi as the Grandmaster of groceries spoke on;  ‘The Beauty of Arts’.