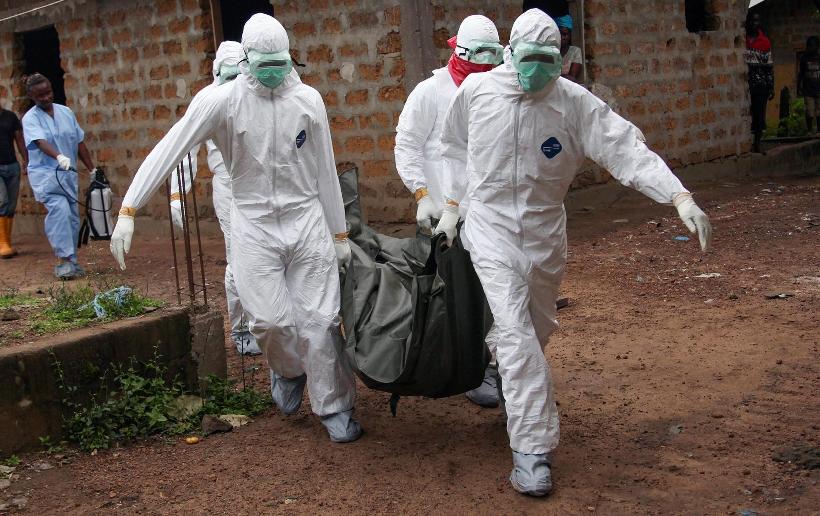 The Federal Government has condemned the breach of regulations by a foreign airline carrier on the repatriation of the remains of a Nigerian from Kinshasha, Democratic Republic of Congo.

Four persons are officially recorded to have died of Ebola virus in that country.

Minister of Health, Prof. Isaac Adewole and the Lagos State Commissioner of Health, Dr Jide Idris, condemned the development in a joint statement on Thursday in Lagos.

They said the airline brought the remains without all necessary documentations that were required to process its clearance by the Department of Port Health Services, Federal Ministry of Health.

They disclosed that the matter ha d been reported to the Nigerian Civil Aviation Authority, NCAA, to sanction the airline in a bid to prevent recurrences.

The statement reads: “The Federal Government of Nigeria instituted a ban on the repatriation of human remains into the country at all points of entry as a precautionary measure to avoid importation of any infectious disease.

“This ban is one of the interventions we undertook as a nation during the Ebola outbreak.

“The Federal Ministry of Health, Port Health Division issued guidelines to all airlines on the procedures to be followed to obtain a waiver before repatriating any human remains into the country.

“The government will like to reiterate that the ban is still in force and any attempt to contravene this ban will attract serious sanction.

“The administration of President Muhammadu Buhari takes the health of the citizens seriously and will not shy away from wielding a big stick on any errant individuals or organisation ”.

The statement said that officials of Port Health, Nigeria Centre for Disease Control (NCDC) and Lagos State Ministry of Health investigated the cause of death of the corpse and saw no evidence of Ebola infection or any other contagious infections .

“We assure everyone to go about their normal business without any anxiety. The government wants everyone to be vigilant and encourage all our officials at land, sea and air borders to continue screening of international passengers.

“Recently, the World Health Organisation alerted the whole world on the recent outbreak of Ebola in Democratic Republic of Congo.

“Nigeria is keenly following this unfolding event at our sister country. The government of Nigeria wishes the government of DRC success in her fight against this unfortunate outbreak ”, i t said.

The statement assured that the two governments through the NCDC and Port Health Services had developed a public health emergency contingency plan at the airport and land borders.

It noted that Lagos government had put in place control measures, including disease surveillance and notification officers in all the 57 local councils.

Family and Friends in Tears as Popular Nollywood Actor, Olumide Bakare is Buried in Ibadan (Photos)

Nigeria can diversify economy through earnings from...

“What Every Lady Must Know About Fibroids”,...