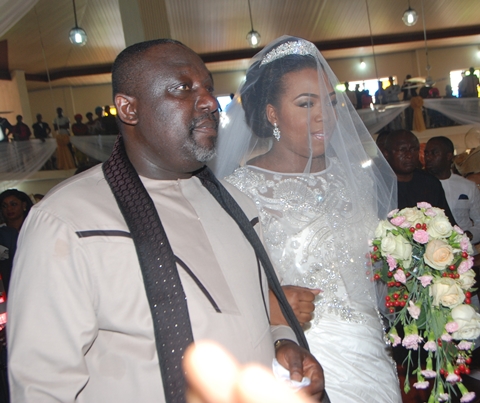 The second daughter of Gov. Rochas Okorocha of Imo State, Mrs Uju Okorocha-Onwuka, was recently appointed as a member of the board of the Federal College of Education (Tech), Omoku, Rivers State, but the governor and his family have rejected the appointment.

RE: THE APPOINTMENT OF MRS UJU ROCHAS ANWUKA INTO THE BOARD OF FEDERAL COLLEGE OF EDUCATION (TECH) OMOKU
-His Excellency Governor Rochas Okorocha Rejects the Appointment.
The attention of the Governor of Imo State, Owelle Rochas Okorocha has been drawn to the publication listing one of the daughters, Mrs. Uju Rochas Anwuka as a member of the Board of the Federal College of Education (Tech), Omoku. Imo Youth Begs Buhari to Replace Him with Okorocha's Daughter Who Rejected Federal Appointment | City People Magazine May 27, 2017 at 11:37 pm