Home News ALL LIES! I Did Not Slump – Tinubu
News 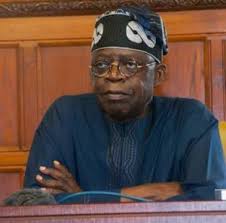 National Leader of the All Progressives Congress (APC) Bola Tinubu has debunked claim that he slumped and was rushed to the hospital.

Tinubu spoke in Abuja during a meeting with the representatives of traditional rulers from South West States led by the Ooni of Ife, Oba Adeyeye Enitan Ogunwusi.

Former minister of Aviation, Femi Fani-Kayode, had claimed that Tinubu collapsed shortly after he was appointed Chairman of Buhari’s 2019 Campaign Council, urging Nigerians, especially Yorubas to pray for the former Lagos governor.

n his reaction, Tinubu said the claim was “fake news”.

He added: “Whoever is manufacturing it, you better not believe them.”

Tinubu also tagged reports that APC governors shunned the meeting of the presidential campaign council “negative and fake news too.”

“The point is, the governors had to stay back home because we all don’t have to converge in one place to decide certain modalities when we can easily go back to them on what was discussed and what we expect from your state.

“That is what we call structuring in an election. There are some jellyfish reporters around Nigeria these days,” he noted.

ALL LIES! I Did Not Slump – Tinubu was last modified: January 12th, 2019 by Igbokwe John