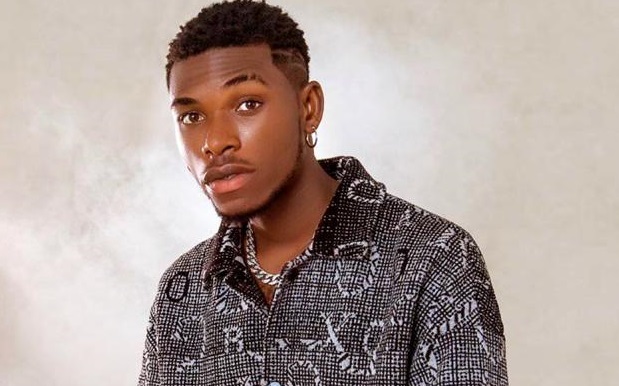 Fast rising singer, ERMA has just been signed by Andachi Entertainment as he releases his first EP tagged “Ready” which has a total of 5 songs.

ERMA is a Nigerian afrobeat singer and songwriter. He was born on the 25th of December 1996 into the family of Mr and Mrs John Gbara in Rivers state.
Gbara Eedee Emmanuel popularly known as ERMA rose to fame after he dropped his EP, Ready.

ERMA has always had an interest in music and dance right from his childhood. He listened to different genres of music and different artists such as Micheal Jackson, Usher and Psquare.
ERMA started off by writing songs and moved on to start performing those songs in concerts. He got lots of comments from friends and people who listened to his songs and this prompted him to take his musical career seriously and decided to go into full-time music.

EDUCATION
ERMA graduated from high school and moved over to further his education in Rivers State University of Science and Technology after gaining admission to study Business administration.

CAREER
ERMA was able to build a small but strong fan base by performing regularly at parties, shows and his school’s music scene and this made him a well-known person in Unilag’s entertainment community.
He made a short cover of “Finesse” by BNXN and Pheelz on march 30th 2022 and his cover went viral on the internet and this made him gain more popularity.
He also created a fire verse on the song “I don’t go” by Asa and Wizkid on the 3rd of July 2022.
You can connect with ERMA on Instagram and Twitter as boyerma_ and on YouTube and Facebook as boyerma to see more of his works.

ERMA is a recording artist under the management of Andachi entertainment and has a total of one EP which is available on all digital platforms.