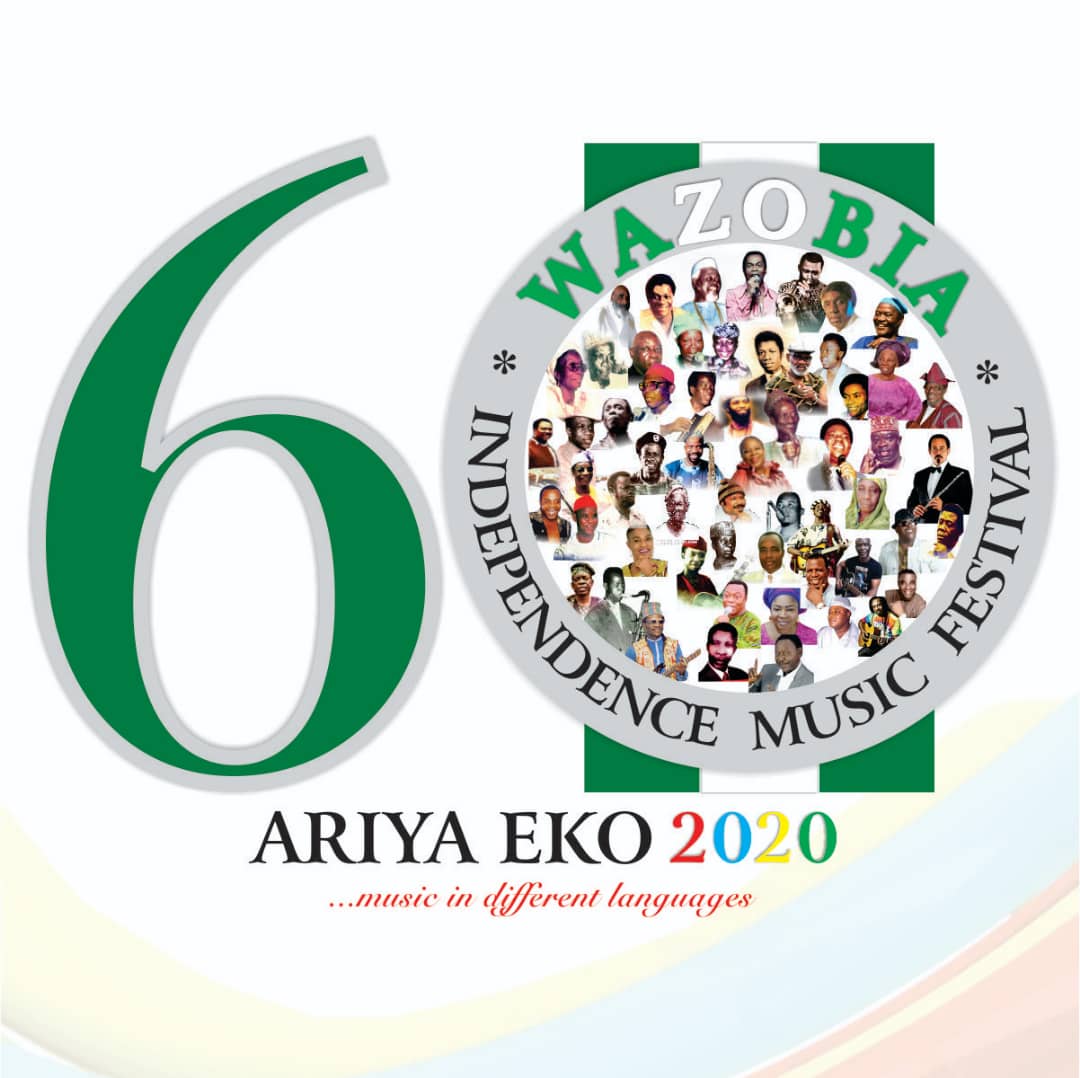 Nigeria’s 60th independence anniversary will witness yet another historic celebration as organiser of the annual Ariya Eko Musical Festival holds this year’s edition in honour of the nation.

Before Nigeria’s independence in 1960 and till date Lagos State, the Centre of Excellence remains the heartbeat of entertainment and continues to foster different generations of musicians from diverse culture.

Inspired by this feat, the organiser of the music festival has decided to take the lead in the celebration of 60 iconic gatekeepers of Nigerian musical history who have contributed to the economic growth of Lagos State in the last 60 years.

According to the organisers of Ariya Eko Music Festival, the festival is put together to promote core indigenous music and encourage band culture. This year’s theme WAZOBIA INDEPENDENCE MUSIC FESTIVAL is centred on celebrating 60 years of Nigerian Musical journey in its diversity and will feature different musicians from a different culture with a State Ball Performance.

Part of the event line up for this year is A Lifetime Achievement Award to recognize iconic music grandmasters both dead and alive in the Nigerian entertainment industry. Also, the Lagos Music Hall of Fame Award is in recognition of 3 prominent musicians from the 3 major tribes in Nigeria who attained the peak of their musical career in Lagos State.

An introduction of DO YOU REMEMBER SEGMENT has become pertinent in this year’s event as upcoming musicians will be paying homage to the Grandmasters of the African Beat.

Managing Director of Evergreen Musical Company Bimbo Esho in a statement said Lagos state is a melting point of people of diverse culture with deep-rooted history, colourful traditions and immense resilience. She added that an event of this nature has become pertinent in order to “tell our rich musical history and showcase our musical heritage to the world.”

Last year, the maiden edition featured over 18 popular Nigerian Musicians ie Chief Commander Ebenezer Obey, Sir Shina Peters, Dr Tee Mac, Obesere, Sir Jimi Solanke, Yinka Davies, Jesse King Buga among others with the Crème De La Crème of business, politics, entertainment and traditional institutions in attendance.
The high point of the event was an induction ceremony into the Evergreen Hall of Fame of one of Nigeria’s leading musical giant of Juju Music ( Ebenezer Obey) who has the highest song recording in Nigeria).

The Festival is a yearly event endorsed by Lagos State Ministry of Culture and Tourism in partnership with Africa’s’ largest custodian and promoters of the music of yesteryears, Evergreen Musical Company Ltd.