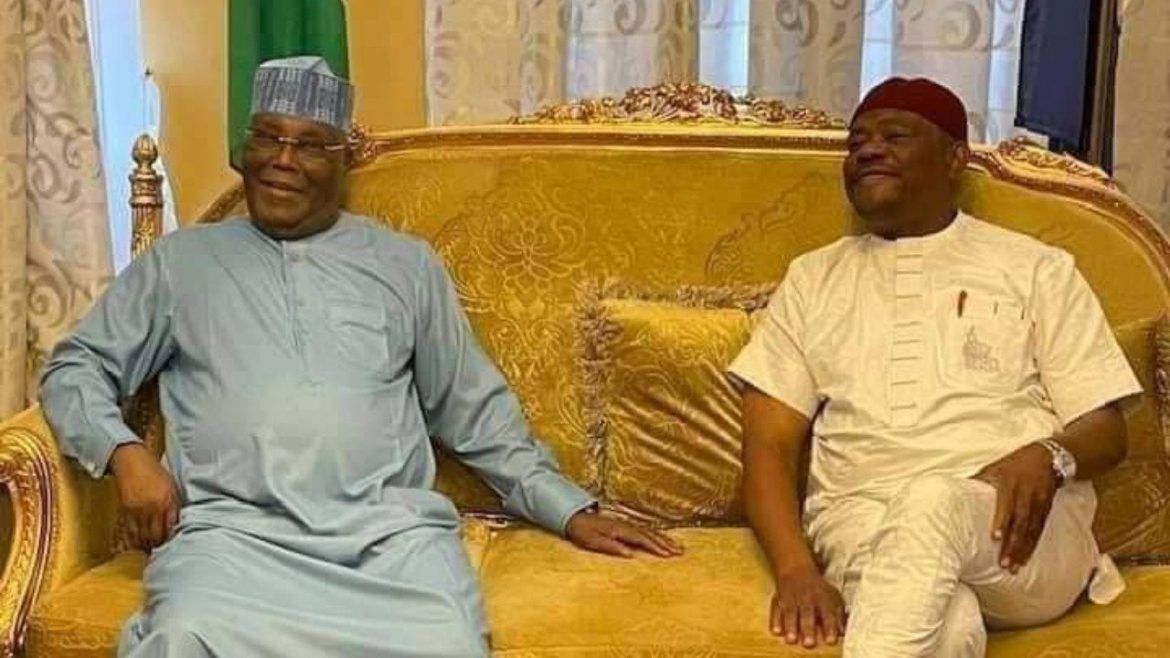 There are cracks inside the once tranquil Peoples Democratic Party, PDP Rivers State Chapter with Governor Nyesom Ezenwo Wike leading the governing party. But following his failure to capture the coveted Presidential Ticket of his party there has been intense acrimony between him and the winner, Alhaji Atiku Abubakar. Understandably, Wike is not a happy man. He is bitter, especially with Atiku for choosing Governor Okowa over him as running mate, a  situation he sees as a humiliation after all that he had done for PDP in the past. His expectation of at least a running mate position which eluded him and coming from the Presidential Flagbearer Atiku surprised him.

In the heat of this controversy, some stakeholders of Rivers State PDP have opted out of the ‘inner structure’ that Governor Wike set up early in his 7 years and 8-months of his administration. First is the fact that former Deputy Speaker of Federal House of Representatives Sir, Austin Opara and former Governor Celestine Omehia usurped the 2007 Governorship mandate of Chibuike Rotimi Amaechi for 5-months were invited for a meeting with the PDP Presidential Standard bearer Atiku Abubakar. Immediately the information got to Rivers state Governor Wike, he rushed and organized a state-wide broadcast in which he threw up new security information warning that some politicians are planning to recruit hoodlums to disrupt the incoming 2023 General election in the state.

Vexed with the nocturnal political meetings held behind his back to garner political support for Atiku Abubakar, Governor Wike in his state-wide broadcast on Sunday 7th of August, 2022 said that the state will demolish any entertainment outfit or hotel that makes its facility available to be used by political thugs and hoodlums as Rivers state cannot be used for such meetings because he remains in charge of the state.

But information coming from those who participated in Atiku Abubakar’s political meetings with some former Governors is that those in attendance were former Speakers and Austin Opara was a former Deputy Speaker while Atiku Abubakar was Vice President and heading the Economic Council. Senator Lee Meabe joined those who shifted their loyalty to Atiku Abubakar as Wike quickly dissolved the Governing Council of Captain Elechi Amadi Polytechnic where senator Lee Meaba was Chairman of the Governing Board. The Polytechnic despite its upgrade in nomenclature never received statutory subvention to develop infrastructure and physical plans that can aid learning at the Captain Elechi Amadi Polytechnics where Senator Lee Meaba was Governing Board Chairman. The essence was to stifle it of funds and deprive the Board Chairman of funds to be used by him to contest the Governorship election since he supported Alhaji Atiku Abubakar in 2019 and formed Friends of Atiku Abubakar Organization then.

Also, the Federal House of representatives Member Dr Farah Dagogo who was nursing Governorship ambition was truncated by Governor Wike who charged him to Court while he went for screening as Governorship aspirant at PDP State Secretariat along Aba Road. Today, PDP, as led by Dr Farah Dagogo a supporter of Atiku Abubakar, has opened a new party office at the former All Progressives Congress APC Rivers State chapter Office close to the Garrison area of Aba Road Port Harcourt. Hence, the Rivers state supporters of Alhaji Atiku Abubakar have challenged Nyesom Wike for his audacity in saying that they must get permission from him.

Again, Governor Wike had to change his political leaders at various Local Government Areas of the state. At Port Harcourt Local Government Area, Chief Austin Opara has been replaced with Member Federal House of Representatives, Barrister Ken Chikere from Ogbu-Nu-Abali community where Governor Wike, while Commissioning dualized 2.1kilometer of road, made a donation of N2Billion to the community and N1Billion to Women in the community for empowerment. He lifted Youth Organization activities in the Ogbu-Nu-Abali community. At Ikwerre Local government area where former Commissioner for Information and Communications Barrister Emma Okah was holding sway. He replaced him with the incumbent Local Government Chairman Engr. Samuel Nwanosike PhD as Leader of PDP.

Celestine Omehia too has been said to have lost his position as one of his supporters from Ikwerre Local Government Area as it is alleged that his honorarium and pension as former Governor of Rivers State may be threatened.

The aftermath of this conflict among Rivers State PDP stakeholders is that the Governorship candidate Siminialaye Fubara who was singlehandedly picked by Wike may not get the support of these elders who have shifted their party allegiance to Atiku Abubakar. Senator Lee Maeba said that on Thursday 4th of August 2022 when Wike summoned elders from his Ikwerre ethnic nationality where he berated Chief Austin Opara and Celestine Omehia for honouring Atiku Abubakar’s invitation for a meeting. Senator Meaba said “The governor Summoned Austin Opara and Omehia and told them they have no right to have gone to see Atiku for a meeting of that nature without clearing with him. That they should be ready, that he will kill himself and kill them. He gave that threat and that if they don’t have guns, they should go and buy guns.”

For Senator Lee Maeba, Wike challenged him for having campaigned for Atiku Abubakar in 2019 against his choice Aminu Tambuwal without his permission as he told him because of that it was over and that he could not hand over the state to Senator Maeba.

Again in 2015 as the then incumbent governor, Chibuike Rotimi Amaechi was leaving office, he planted Dr Adol Dakuku Peterside as his surrogate but like a political Tsunami, Nyesom Ezenwo Wike, the then Minister of State for Education of the same Ikwerre ethnic nationality with the outgoing Governor appeared on the campaign ground for PDP and won the governorship election in a landslide victory that stunned Chibuike Rotimi Amaechi.

Now in 2023, will Governor Nyesom Ezenwo Wike have his way to singlehandedly install his choice of the former Accountant General Siminialaye Fubara of PDP as the duly elected Governor of Rivers state with the exclusion of PDP stakeholders who have left the inner cabal structure of Governor Wike? Only time will tell.

READ ALSO: BODEX REVEALS WHY SHE IS STILL SINGLE

BODEX Reveals Why She Is Still Single

5 Things Developers Want Gov. SANWO To Do For Them