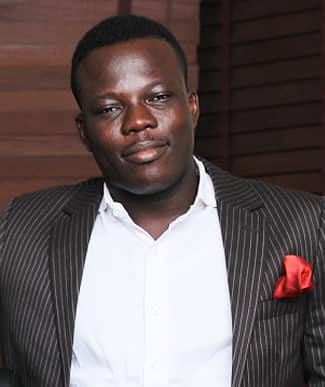 The meteoric rise of social media and the attendant birth of citizen journalism have, indeed, reset the way information is now shared and consumed globally. As at October 2020, 4.14 billion people or 53% of total global population use social media. Interestingly, Facebook alone has over 3.2 billion users/readers worldwide and over 210 million in Africa – that translates to a whopping 42% of the world and 16% of the 1.3b African population respectively (The Global State of Digital 2019). In Nigeria, at least 85% of the 25million active social media users as at March 2020 are on Whatsapp. And there are more. With such a humongous  audience, everybody has suddenly become so itchy to share some information or ‘news’, accurate or otherwise. All that is required is only an internet-enabled mobile phone!

These posers have been fueled largely by the myriad of unwholesome practices that now permeate the social and online media space, especially with information and ‘news’ dissemination in the wake of social and new media explosion. In an unprecedented manner, information is shared on various social media platforms by just any Joe or Jane, particularly on Whatsapp and Facebook, without due recourse to the source or and authenticity. Their stock in trade is to just forward as received.

The second dimension and key focus points to media charlatans, who are at best media neophytes or sometimes total strangers to the profession but have been driven by economic constraints and empowered as ‘citizen journalists with internet-enabled devices and a free blogging site, and are therefore masquerading as bloggers or journalists, publishing just about anything. From lewd gists to bland gossips or hypes; from the mundane to the horrible. Strangely though, they continue to attract enviable readership and advertising patronage. Why? Your guess is as good as mine.

While names such as online publisher, blogger, online journalist have been used interchangeably to describe persons or organizations that publish news and information online, the crux lies in the noticeable slide in ethical journalistic practices. In a way, while a blogger, traditionally, is known for publishing content largely from scoops, scandals, lifestyle, celebrity and other mild subjects, the online journalist is more of the mainstream journalist with the only difference being the online medium of plying the same old trade. But for both, the ethical standards remain the same. The news could be bad or good, but should be verified and fairly reported.

However, the spate of quackery and unethical trends in the online media space have prompted the identity question from the general public, which has become much bewildered. Without mincing words, professional media practice is currently at a low in the online media space, littered with verbatim content plagiarism, semi-literate reporters, poor command of grammar, syntax and lexis, lack of consistent writing style and news verification, weak proofreading and blatant transactional reportage. Those who operate beyond this pedestal are and should be addressed as online journalists.

One group that has noticed the Achilles’ heel in this regard is the corporate organizations. Privately, it holds a terrible impression of online newspapers – ‘the baby and the water’. But for the readership power, influence and the fear of its occasional scandals leaking out, it keeps a bland smile publicly and grudgingly tag along. I have also recently heard a few policemen friends, in light conversations, derogatorily wave all online newspapers aside as ‘online publishers’. For them, only the very popular household names like Punch, Guardian, Vanguard and co count; others don’t – including DailyPost, Legit.com, PremuimTimes, TheCable, TheConscience, Eagleonline and others who command nearly as much readership as the top 5 traditional media. You can imagine the stark ignorance! Needless to say that even the traditional media space is also not without its peculiar mess, occasioned by months of non-salary payments, media racketeering, commercial media gatekeeping amongst others.

The missing link in the online media space is the traditional quality control mechanism, including production editing and watertight editorial scrutiny. This mechanism has traditionally “cleaned up the reporters’ mess” and provided continuous tutelage for reporters on writing but its absence in the online media space has exposed the system. This is the distinguishing factor between the wobbly mass and the outstanding few.

On a larger scale, the problems are also another reflection of the general dip in the quality of education and economy in Nigeria, as seen manifesting across many professional fields.

Who Is Responsible for Fake News?

Every group in the Nigerian society contributes to the scourge of fake news. Online media is never solely responsible. Governments and indeed all private and public organizations telling half-truths and sometimes outright lies, and orchestrating cover-ups in the media are guilty. The public has received so many versions of what happened at Lekki toll gate shooting that everyone has become so confused and unwilling to further hear or believe any of the accounts anymore. And lastly, everyone who goes on WhatsApp and Facebook to just share any information as received without verification. Yes, all are guilty and responsible.

Online Media is the big deal!

Regardless of its issues, online journalism is the future and can’t be avoided. CNN, Wall Street Journal, New York Times, The Washington Post, Daily Mail, Daily Telegraph and other respected global newspapers are all online with increasing dwindling print pages and copies. In Nigeria, top newspapers are investing massively in online versions and competing well online with smaller players. Punch, BusinessDay and Vanguard are classical cases. The Guardian and Sun are picking up the pace. Many senior journalists formerly writing for popular print media houses but have been axed owing to the wobbly economy now run their start-up online newspapers and many small platforms now have highly skilled and experienced hands behind them, opening up the space for intense competition and the survival of the strongest.

Globally, more eyeballs continue to converge on mobile phone and devices, as such, reinforcing the indispensability of everything online especially mobile -retail, gaming, shopping, banking etc. Government, on its end, is also making frantic efforts, under the guise of fixing the challenges of information flow online, to regulate the social and online media space but gagging opposing voices and views has been reported identified as the core target.

Unfortunately, the platform with the highest viewers, and by extension influence, rules the online space. And because more people prefer to read gossips and junks more, serious writers aren’t getting as much traction. So, many serious ones are courting a bit of sensation just to spice up and catch up.

As most of the damage done online with respect to information dissemination is by the itchy-finger public that share just anything on social media- WhatsApp, Facebook and Twitter, government and social media companies should intensify awareness programs to discourage the habit of just sharing information on social media without verifying source and authenticity. Information should be questioned and certified true by relevant authority before being circulated. In the same vein, the government should not regulate but allow the existing laws of libel applicable to print media to also operate online.

Online Media groups and clusters should be encouraged through which training and retraining can be done consistently to bridge the skill gaps. Corporate organizations don’t have a choice than to work with online newspapers, therefore, should key into the cluster groups and court sincere relationships.

Finally, online newspaper groups should step up the practice with some mild self-regulation through cluster groups under whose supervision sub-standard platforms are identified and mentored through crash courses, seminars and peer reviews, and sanctioned when necessary.