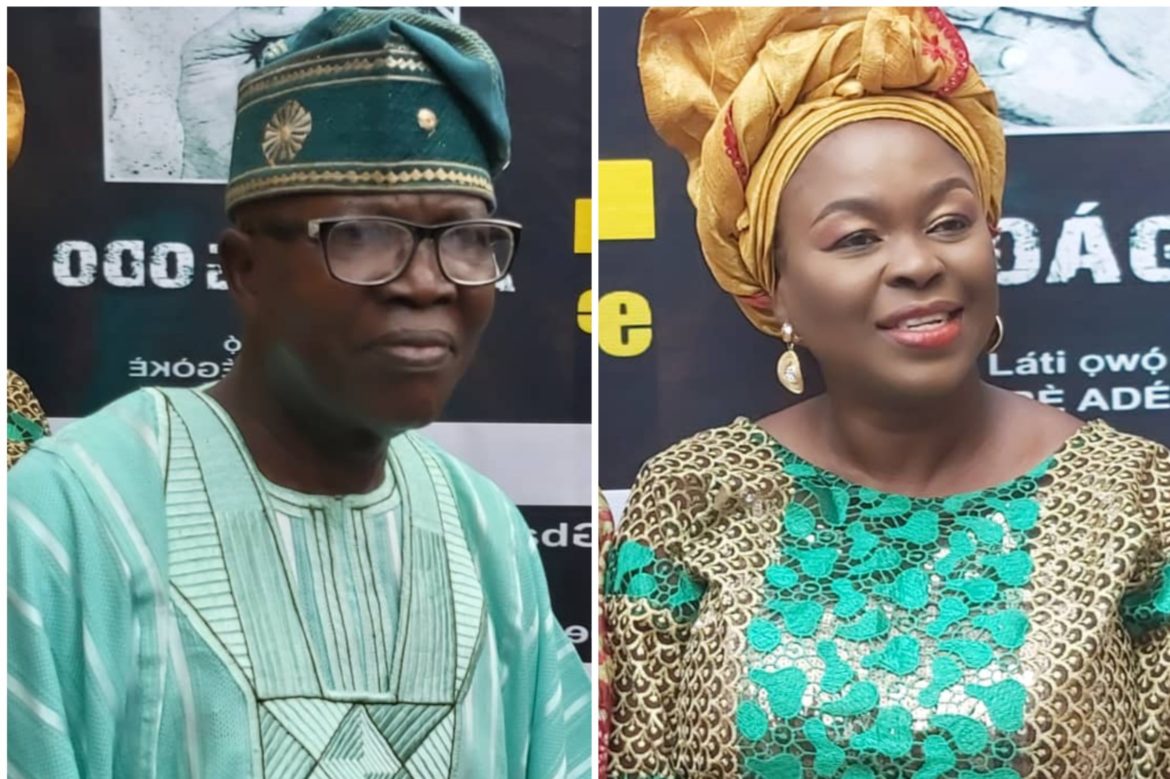 It was a memorable day for the popular Adegoke family on Friday, 6th of September, 2019, as Pa Steven Adegoke, the 80 years old father of Adenike  Adegoke, the GM of Bond FM, launched his book entitled: “Agadagodo” (Padlock).

The event, which also coincided with the launching of the National Read A Book A Day” project, was also an avenue for many Nigerian top presenters to gather and celebrate the old man, who made it clear that nobody is too old to write a book or too old to read a book.

Full of smiles Pastephen Obilere and his pretty wife walked into the hall clad in teal-Blue Lace as their daughter, Adenike Adegoke, read the first Chapter of the Book.

Though written in Yoruba, there was no doubt that the erudite presenter herself is an Orator as she pronounced the words with pure Yoruba dialect.

Don’t forget that Adenike Adegoke is the presenter of Ayoka Alarinrin on BondFM.

City People, speaking with her, asked how she felt seeing her father wrote a book at that age, she revealed that her father read Agriculture, but he loves to read a lot. She explained that all her siblings were educated, but they had never written a book. My father has always told us that it is never too late to write a book. She reveals:

How did your journey into broadcasting start?

I served in 1992 and I started with News Agency of Nigeria in Jos in 1991/1992. It was later that I joined Radio Nigeria as a Reporter in Ibadan.

I grew on the ladder as I have worked in all sections of Radio Nigeria to become Assistant Director, News and Current Affairs. In 2017, I got to Bond FM as GM and to the Glory to God, it’s been a learning process. You can’t work in Radio Nigeria and not be versatile. Perhaps, I should say that there is no top Media Personality who hasn’t had a stint at Radio Nigeria.

Adenike, responding to why her father wrote the book in Yoruba, she explained that there was no way you would understand the mother tongue and not be able to speak good English fluently.

The G.M, who supervise the affairs of Bond FM, which has over 150 staffers, didn’t only drag who is who to the official book launch, but also pooled many members of Bond FM staff, who also came out to show her love.

READ ALSO: HOW I WAS DIAGNOSED WITH BREAST & OVARIAN CANCER – US BASED NAIJA LADY, OMOBONIKE ODEGBAMI