Home News Buhari’s Silence On Killing, Abduction of Christians Is Persecution – CAN
News 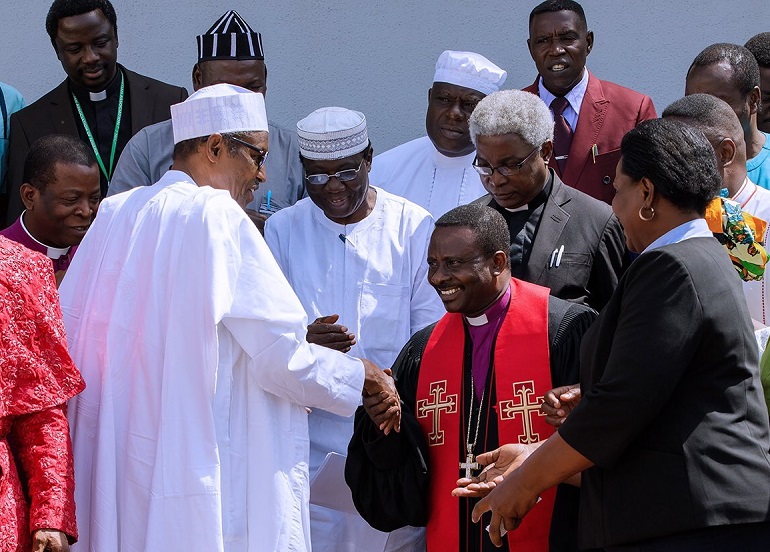 The Christian Association of Nigeria has said that the silence of the Nigerian Government led by President Muhammadu Buhari over the killing and abduction of Christians in the country is and evidence of persecution.

In a statement on Monday, President of CAN, Samson Ayokunle, pleaded with the government to urgently deploy necessary resources to ensure the release of all Christians in the captivity of Boko Haram and Islamic State West Africa Province.

He said, “The Chairman of Christian Association of Nigeria in Michika, Adamawa State, Rev Lawan Andimi, was abducted by Boko Haram terrorists last week when they invaded the community.

“Although we were told that the troops repelled them but not until they had successfully forced Rev Andimi into their Toyota Hilux and took him away. The innocent cleric, in a video footage released by his captors, has been making an appeal to the Federal Government, the Adamawa State governor and leadership of CAN to come to his aid.

“As if that was not enough, there was a bandit attack on Kasaya village, another Christian community in Chikun Local Government Area of Kaduna State Monday at about 6:30 am where they abducted 41 people, including a pastor, Joshua Samaila. Up till now, nobody knows what has become of them.

“On the 27th of November last year, Mr Bitrus Bwala, a principal lecturer at the College of Education Gashua in Yobe State and 10 others, who are all Christians, were abducted by Boko Haram terrorists and Bwala in a short video cried out for help. Up till now, the government has not secured their freedom or said anything about them.

“These are all evidence of the Christian persecution in the country and when we cried out in support of the position of the United States Government, they said it is not true.

“If criminals are invading the Christian communities, killing and abducting unchallenged, what do we call it if it is not persecution? How many terrorists, herdsmen killers and bandits are in the custody of the security agencies? How many of them have been arraigned in court?

“We once again call on the Federal Government and all the security agencies to expedite actions with a view to securing the immediate and safe release of all these hostages and to ensure adequate security in all the affected Christian communities that have become the targets of these criminals. We also call on the United Nations, the US, the UK and other developed world to assist our government in securing our lives before it is too late.”

Buhari’s Silence On Killing, Abduction of Christians Is Persecution – CAN was last modified: January 7th, 2020 by Damilare Salami