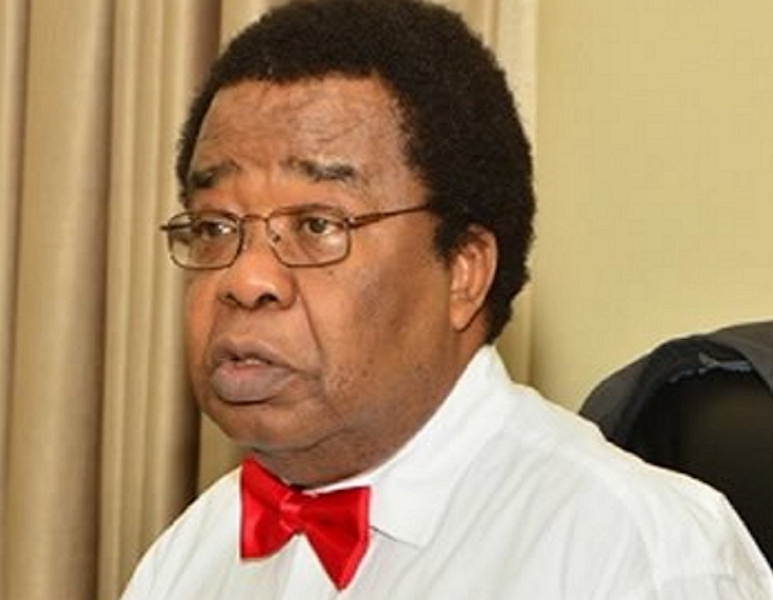 I feel very happy to be celebrating Prof.Bolaji Akinyemi, one of Nigeria’s finest intellectuals @ 80. This is because he is one of those who influenced my career in life. First, I got to meet him on the pages of most of the political science textbooks I read in Ife in the early 80s. Then, I began to frequent the Nigerian Institute of International Affairs in Victoria Island, Lagos when he was the Director-General and I started reading his articles, papers and books.
I was then a student of History, Political Science and International Relations at the University of Ife, now Obafemi Awolowo University, Ile Ife. So anything Prof.Bolaji Akinyemi wrote I devoured aggressively. He was my mentor and I admired him from afar.
He was young, vibrant and full of ideas. He was also one of the leading foreign policymakers. And when he became Nigeria’s Foreign Affairs Minister I became one of his greatest admirers. As Foreign Minister, he did a lot. He was full of ideas and he dazzled so many people with his brilliance.

Because of him, I wanted to work in the Ministry of Foreign affairs after leaving school. I was one of those who dreamt of becoming a career diplomat. I so much loved anything foreign affairs. Truth be told it was because of him I added International Relations to my course of study. I wanted to be like Prof., so much so that most of the articles I wrote on the Opinion/Editorial pages of The Guardian were on Nigeria’s Foreign Policy, National Interest, and our relationship with other countries.

But of course, after a while, my love for Journalism made me change my mind and I went into the Media industry. As they say, all the rest is history.
As Prof. Bolaji Akinyemi clocks 80, I want to wish him a Happy birthday, long life, and prosperity. His profile is intimidating and prestigious, and only very few profiles can match his profile.

Prof. Akinwande Bolaji Akinyemi, who was born on 4th January 1942 is a Professor of Political Science who was Nigeria’s  External Affairs Minister from 1985 to late 1987. He is the Chairman of the National Think Tank.

Prof. is from Ilesa, Osun State. He attended Igbobi College in Yaba from 1955 till 1959, Christ’s School Ado Ekiti from 1960 to 1961, Temple University, Philadelphia, Pennsylvania, United States, from 1962 to 1964, Fletcher School of Law and Diplomacy, Tufts University, Medford, Massachusetts, US, 1964 to 1966, and Trinity College, Oxford, England, from 1966 until 1969.
He was a Visiting Professor at the Graduate Institute of International Studies in Geneva and at the Diplomacy Training Programme, University of Nairobi, Kenya, both in 1977. He was Regents Lecturer at the University of California, Los Angeles, the US in 1979, Professor of Political Science at the University of Lagos, from 1983 until 1985, and Visiting Fellow, St John’s College, Cambridge, England in 1984.

Prof. Akinyemi was Director-General of the Nigerian Institute of International Affairs (NIIA) from 1975 until 1983. The NIIA is an organisation focusing on Nigerian foreign policy. While he was Director-General, the research centre was involved in promoting Nigerian-Angolan relations, among other things. He has written and edited so many books and journals.

He married Rowena Jane Viney in 1970. They have one son and three daughters.

Akinyemi was appointed Minister of External Affairs by military leader Ibrahim Babangida in 1985. While in this position, he originated the Technical Aid Corps (TAC), a program that sent Nigerian professionals overseas to engage in volunteer work. It was designed to “promote the country’s image and status as a major contributor to Third World and particularly African development”. He also came up with the concept of the “Concert of Medium Powers”.

During the short-lived Third Republic of 1993, he called on the military to overthrow Ernest Shonekan’s administration; Sani Abacha, Defense Minister at the time, later did so and assumed the position of head of state.
Akinyemi was later among those who opposed Abacha’s regime.
In August 2007, President Umaru Yar’Adua appointed him to the newly created Electoral Reform Panel.
Since he went into retirement, he has been writing and consulting.
Happy Birthday Prof.Thanks for contributing your own quota to the development of this country called Nigeria.

By Seye Kehinde, the Publisher of CityPeople Magazine, Lagos.