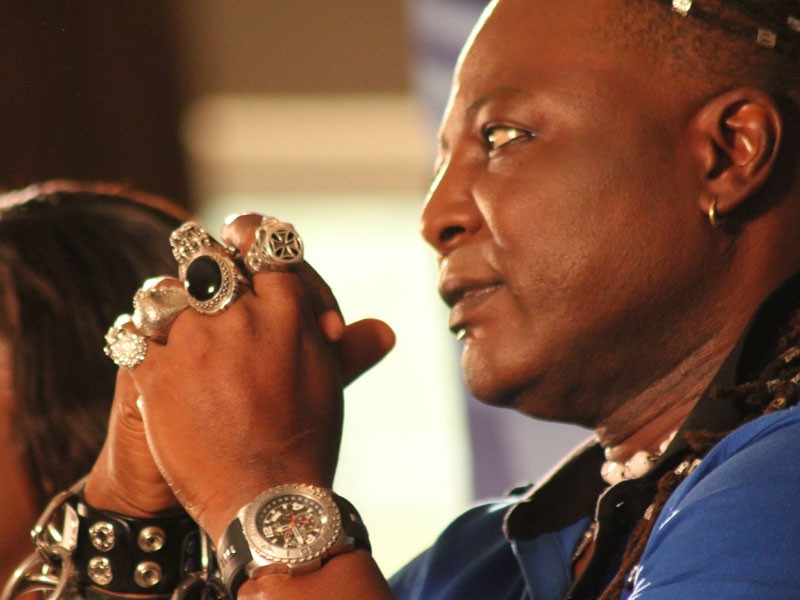 Veteran singer and entertainer, Charles Oputa, popularly known as Charly Boy, who is leading a “Resume or Resign” protest alongside convener of Concerned Nigerians, Adeyanju Deji, has suspended the ongoing anti-Buhari protests indefinitely.
This development comes a day after members of the group were assaulted at Wuse market in Abuja where Charly Boy’s car windscreens was smashed.

PHOTONEWS: @Areafada1 today at the sit-out by #ResumeOrResign protesters calling on @NGRPresident Buhari to resign due to ill health pic.twitter.com/4MILREh8il

While announcing the suspension at Unity Fountain in Abuja on Wednesday, Charly Boy said the next line of action would be made known in the days ahead, adding that even though members of the group had received death threats, they were not deterred.
He said; “We are not deterred by the intimidation and harassment by the sponsored thugs and we cannot be cowed by a few group of people. What government want to do is to ensure that we have a clash with the hired crowd and we will not allow that to happen.”