Chelsea’s Kante backs Hazard for PFA Player of the Year 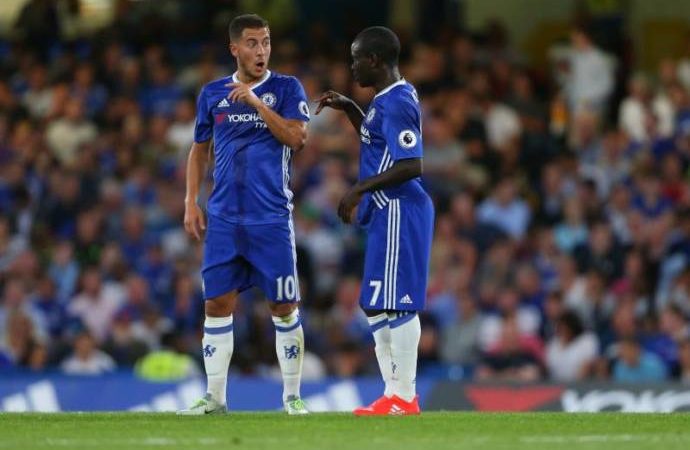 Chelsea midfielder N’Golo Kante has backed his teammate Eden Hazard for the PFA Player of the Year award.

Kante, 26, has been strongly tipped to be this season’s winner of the accolade having put in a series of outstanding performances for Premier League leaders Chelsea.

But the former Leicester City player believes Hazard, who was named PFA Player of the Year in 2014-15, is worthy of the award after scoring 13 Premier League goals and recording five assists.

Kante told Sky Sports News HQ: “For me it’s easy to say one player from Chelsea. We can all see what Eden Hazard is doing. He’s a different-class player.”

Chelsea are seven points clear of second-placed Tottenham at the top of the Premier League table, after bouncing back from their loss at home to Crystal Palace with a 2-1 win over Manchester City.

“Maybe Tottenham and Liverpool are going to come back so we have to focus on our game and play game-after-game for the title.

“Mathematically we need six wins, so we just need to focus on our way and win six games as soon as possible for this title.”

Chelsea’s Kante backs Hazard for PFA Player of the Year was last modified: April 7th, 2017 by Arinze Ago