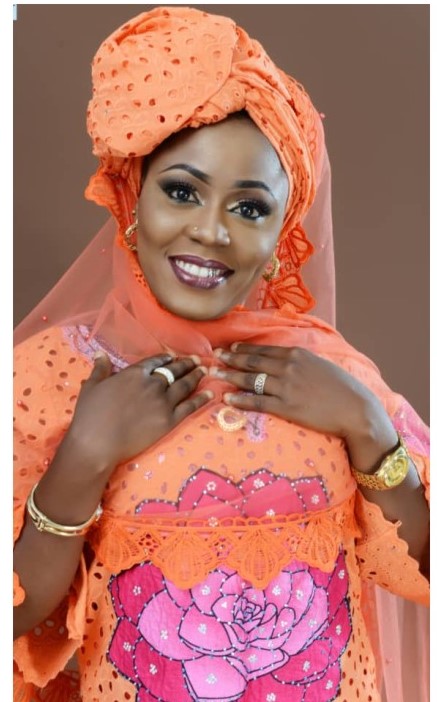 The City People Event Centre at Gbagada in Lagos was filled to the brim on Sunday 24th March 2019 when City People Entertainment hosted one of the hottest Islamic singers in Nigeria today Alhaja Mistura Aderounmu-Ashafa, popularly called Temi ni Success for her remarkable rise in Islamic Music.

For those who still can’t catch the drift lets quickly tell you about this lovely lady who just got back from Congo. She is one of the leading Islamic singers in Nigeria. She is talented and has been getting telling improvement every passing year. Alhaja Misturah Aderounmu Asafa was born on 2nd of August, at Iwaya, Lagos-Nigeria. She attended Nawair-ud-deen Private School, Ayantuga, Mushin and went to Ogijo Community High School. She went to Kwara State Polytechnic to study Public Administration. She is an indigene of Ipokia in Ogun State.

Her musical career started in her primary school days. She was the one who normally led all the social activities in school. So, one of her teachers Alhaji Abideen Ganiu, told her dad that she was talented, if only her parents could spend his money on her. Her father agreed and they went to a DEMO Studio to produce a song. The song was produced and her teacher gave it to Alhaji Wasiu Kayode Asidiq.

Recently, Mistura spoke with City People Magazine’s Publisher, SEYE KEHINDE about her life and success story. Below are excerpts of the interview.

What has kept you going over the year?

I will say God, because God is the only one who motivates people to do more. I have wonderful people who surround me most especially my parents and my fans. I have been singing for the past 15 years. The beginning was kind of rought. But at the end of the day we thank God. I started at a very tender age. I started singing at age 10.

I was in Primary School then. Nawarudeen Private School in those days, things were not the way they are now. I had one Uncle whose name is Alhaji Abideen Ganiu, the present Governor of Isman Lagos State now. He was one of my teachers then. He was the one took me to Alhaji Wasiu Kayode Saddique so that he could assist me musically. He put me through all what I didn’t know. So Alhaji Wasiu Sadiqque was the one who funded my 1st album. He later took me to Muslim marketers to give them the job. Most of them were like, haa, this girl is a very small girl, they can’t do, they can’t do that. But when Alhaji Saddique gave the job to Afeesco, he collected the job wholeheartedly. These were the times I could say were rough.

When was your big break?

It came after my 1st album, Temi Ni Success. That is how my album title was became my nickname. For we , any album that became a big hit and brought you to is the name you will be using. Because it was the album that brought me to that is why I am using the name.

Since that time, how has it been?

We thank God. Because of the economy of our country we are facing a lot of challenges, it is affecting everybody. We have issues with our markets.

When you spend so much on a job, our marketers will say I can’t buy it for more than this amount and even the amount they want to buy it which cannot cover the cost. We spent on producing the job. But we thank God, we are doing stage shows. The stage shows are helping us.

How do you see the growth of Islamic music?

It has been okay. When I started it was very good because I know the amount Afeesco gave me for my 1st album.

How many albums have you done till date?

5. Number 6 is one on the way. The first one is Temi Ni Success. Then Oodun, Opemi, Nigba Adura, then Iwa Rere. That was 2 years ago. Then the new one is Oore Igbeyawo.

Igba Adura, then Iwa rere (that was 2 years ago. Then, Ore Igbeyawo which is the latest. In it, I advised couples who want to get married. I advise them.

I am planning big. City People is honouring me. Some have been asking me, am I going to relocate to meet my husband in the US. I say No. Yes, family first. Notwithstanding my husband loves me and he loves my job. I can’t leave my job. But I can just be going and coming.

What makes your music different?