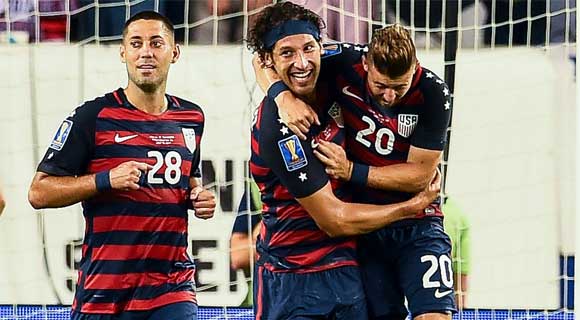 The United States of America USA have advanced into a ninth successive CONCACAF Gold Cup semi-final after a first-half glittering performance which resulted in a 2-0 win over El Salvador.

Boosted by the reinforcements of Jozy Altidore and Clint Dempsey, as well as captain Michael Bradley, it was Gonzalez and Lichaj who scored quick-fire goals to sink a spirited El Salvador outfit.

A towering header from Pachuca centre-back Gonzalez gave hosts USA the lead with four minutes of regulation time remaining in the first half.

And USA put the result beyond doubt in the second minute of additional time after Lichaj combined with Dempsey – looking more like a forward than a fullback as he doubled the lead.

Bruce Arena’s USA will now meet Costa Rica for a place in the tournament decider in Santa Clara on July 26, though he will be hoping for an improved performance defensively.

Celtic Will March Into Champions League With Confidence – Brendan Rodgers