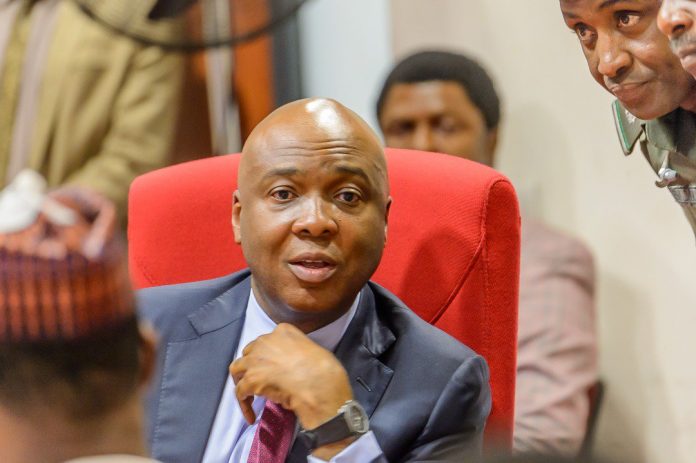 The national assembly primary election of the Peoples Democratic Party (PDP) held on Wednesday in many states but was moved to Thursday in Kwara.

The reason for the postponement was not given and the venue of the exercise in the three senatorial districts was not known to many journalists and party members.

But by Thursday evening, reports emerged that Abdulfatai Ahmed, governor of the state, who had earlier declared his senatorial bid, had emerged consensus candidate of Kwara South Senatorial District.

The Senator currently representing the district, Rafiu Ibrahim, was said to have lost out in the race after delegates unanimously adopted the governor.

In Kwara north, two house of reps members are battling for the ticket of the ruling party; they are Zakari Mohammed and Aliyu Pategi but many were kept in the dark over the contestants in Kwara central where Senate President Bukola Saraki is from.

Top PDP chieftains in the senatorial district kept their lips sealed when told to comment on those seeking to replace Saraki, a presidential aspirant of the PDP.

Spokesman of the party in Kwara, Tunde Ashaolu, said he had no information about the senatorial aspirants in Kwara central. However, he made it clear that someone had picked up the PDP nomination and expression of interest forms for the senatorial district.

He refused to disclose the identity of the individual.

Commenting on the primary, a PDP member from the senatorial district told TheCable: “You won’t believe that as a delegate, I don’t know those contesting for the ticket of Kwara central. I was only told one person collected the form, who that person is I don’t know, our leaders said he is anonymous.”

On Thursday, Ashaolu said the primaries had been concluded and winners had emerged.

But a source told Journalists that Saraki obtained the form as a soft landing in the event that things do no go as planned at the presidential primaries.

The senate president picked the form as well as that of presidential. I can tell you that he is more interested in retaining his seat at the Senate than being the head of this country,” the source said.

“If he had not obtained the form, a man like David Mark would have had a higher stake than him as to the leadership of the 9th Senate. So, he knows what he is doing.

“Let me tell you the PDP ticket in Kwara central was given to a retired permanent secretary in Kwara state. His name is Abdulrahman Babatunde Sidiq. He will hand over the ticket to the Senate president when he is ready.”

PDP has up till Sunday to present its candidate in Kwara central senatorial district as the Independent National Electoral Commission (INEC) has set October 7 as the deadline for political parties to submit names of their candidates.

The of the senate president, Yusuph Olaniyonu, did not respond to inquiries by TheCable.

If Saraki succeeds in returning to the Senate, he will be the only one to do so of the three Kwara senators in the 8th assembly.

While Ibrahim lost the ticket to Ahmed, Sha’aba Lafiagi, Kwara north, contested and lost the governorship primary election of the party.