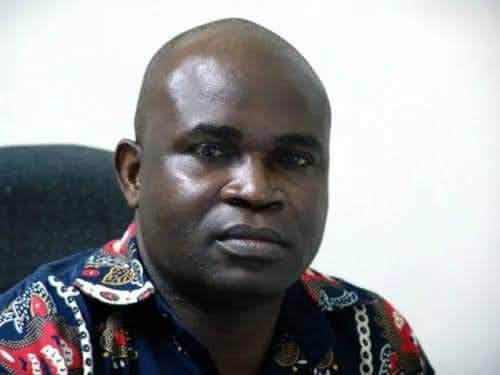 This is one big news currently rocking the Arts community, right now. It is the news of the 60th birthday of the Great, Jahman Oladejo Anikulapo, who turned 60 this week Monday. And the Arts community is excited about it, because of his great impact on that sector over the past 3 decades.

When the news first broke weeks back, many could not believe that Jahman is 60 already. He doesn’t look it, one bit. He has always been very active on the Arts scene, doing one thing or the other, and generally contributing his own little quota towards uplifting the Arts.
He is a man of many parts. And he has played many roles over the years, as an Arts Journalist, Actor,
Commentator and activist. He is versatile. And he is blessed with a lot of energy which enables him to juggle so many roles, as he moves from one Arts project to another.

He has been an Arts and Culture Journalist for over three decades, writing mostly on the Performing Arts, Visual Arts, Media Arts, Literature and Cultural Affairs. He was Arts & Media Editor, at The Guardian (Daily) from 1992-2003; Editor, at The Guardian on Sunday (2003-2013).
He also operates as Culture Curator, Producer, Programmist, Jury & Consultant to major continental cultural projects e.g MASA, FESPACO, PANAFEST etc. He was the Country Chairman & West Africa Representative ARTERIAL NETWORK, the pan-African network of artists, arts organisations and culture creators, 2015-2017.
He is Programme Chairman, Committee for Relevant Art, (CORA), for which since 1999, he has directed Nigeria’s pre-eminent literary festival, the Lagos Book & Art Festival, LABAF. He has served since 2012 as Executive Director, Culture Advocates Caucus,( CAC), an agency that designs, executes, promotes and consults on artistic and cultural projects across the African continent, and in Europe and the Americas.
Since news of his 60th birthday broke, it’s been one celebration or the other, as many big players in the sector have been hosting this brilliant achiever who has done so much for humans.The Arts community also has been in a celebration mood in honour of this great guy.

CityPeople celebrates this Arts icon who has been consistently consistent in his bid to help take the Arts and Entertainment sector to the next level.