Home Entertainment Despite Owing Me, Don Jazzy and Wande Coal Have Refused to Help Out – Singer, Konga Laments
EntertainmentInterviews

Despite Owing Me, Don Jazzy and Wande Coal Have Refused to Help Out – Singer, Konga Laments 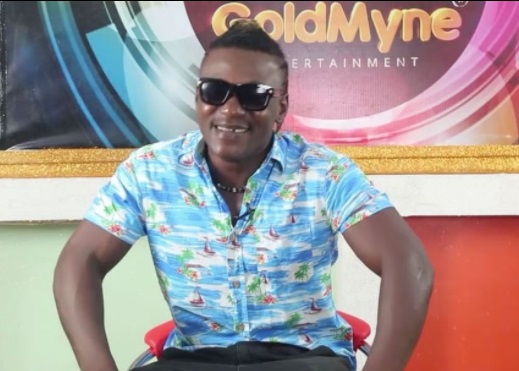 While speaking in an exclusive interview with GoldMyne TV, Nigerian singer, Lawal Olalekan Olumo, popularly known as Konga has alleged that he was treated unfairly by the duo of Wande Coal and Don Jazzy.
The singer said he introduced Wande Coal to the founders of Mo’Hits crew; D’banj and Don Jazzy.
“I was an instrument towards Wande Coal’s success,” Konga said.
Konga further narrated how Wande Coal approached him at an event, and how he selflessly linked him up with Mo’Hits, adding that at the time, Don Jazzy and D’banj had just come back to Nigeria and were dominating the music industry.
He said; “Two things were in my mind- either I take Wande Coal as my backup artiste so that I can help him achieve his goals. Or I could give him to D’banj and Don Jazzy because they actually needed a backup artiste. I didn’t need a backup artiste.
“I wanted to keep Wande Coal to myself but I thought it would be selfish of me and he would shine more with Dbanj and Don Jazzy.
“And so I took Wande Coal to Don Jazzy as he was about going on stage and asked Wande Coal to sing. After one or two verses of ‘Ololufe’ Don Jazzy asked Wande Coal to call him.”
The singer lamented that neither party showed gratitude for his gesture. “Fifteen years after, neither Don Jazzy, D’banj or Wande Coal himself has picked up their phones to say ‘Thank you’,” he said.
Konga said he also asked Don Jazzy and Wande Coal to feature on his song and “they started acting up”.
“If not for anything Don Jazzy owes me one. Although I haven’t asked Dbanj for anything yet. But I asked Don Jazzy and Wande Coal for a favour and they turned me down. It is not fair. That is not how life should be.
“I brought a lot of youngsters to the game and I made hits all by myself. We should be good to one another,” he said.
Despite Owing Me, Don Jazzy and Wande Coal Have Refused to Help Out – Singer, Konga Laments was last modified: November 9th, 2017 by Arinze Ago

Algeria vs Nigeria: Super Eagles is a Team of Benchwarmers – Rabah Madjer

CHUDE JIDEONWO: NIGERIA IS THE FEDERAL REPUBLIC OF RUMOUR MONGERING