Home Entertainment I Didn’t Set Out In Life To Be A Musician •FUJI Star, King SAHEED OSUPA
Entertainment 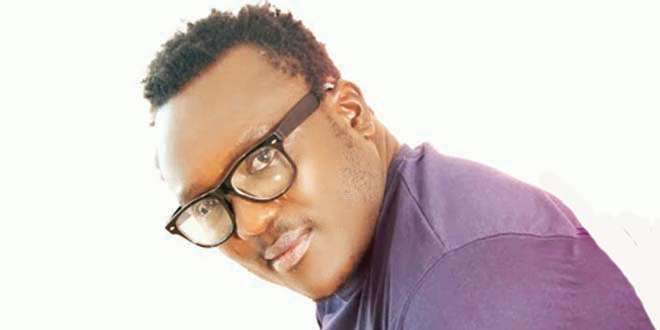 King Saheed Osupa is one of the leading Fuji stars in Nigeria. Over the years, he has carved out a niche for himself in the music industry. He has even done so many things that other Fuji musicians have never done in their career. And his kind of Fuji music is unique and rich in its content. He recently dabbled into infusing Hip-Hop into his music and he is set to release a new album. He has already dropped two singles that is rocking the airwaves. Two Sundays back, Osupa stormed City People Magazine Event Centre, Gbagada to perform at the movie launch of popular actress, Peju Ajiboye. Before he went on stage, Osupa spoke to members of the City People editorial team on the story of his life plus what to expect from his new album. Below are excerpts of the interview.

What have you been up to in the last few months?
I decided to keep quiet and I decided to lay low and concentrate on my music because of all the negative stories in the air. I decided to change all the stories to good stories. Anywhere that I see there will be any kind of controversy, I will avoid it. I will make sure I don’t go there.

At that time, how did you force your way to be a musician, against their advice?
It was just because of peer group influence, I had to do what my friends were doing then. That is what really made me to become a musician.

How did you go into it?
There was a guy then. His name is Bode. He was a composer in the theatre world then. They used to have what they call a composer in the old kind of theatre they were doing then, particularly the stage theatre. This guy was a composer and he taught me how to compose. So I was composing for the group. I was in a group called Black Wahab. They called it Emulewu. After that, I moved from Black Wahab to another group, owned by a guy called Attacker. After that I joined another theatre group. They called them Irepodun Theatre Group.

Where were you based then?
I was based in Ajegunle then.

How did you switch to music? How did you move from acting to singing?
I was just coming from rehearsal one day, I saw these guys, they were singing Sakara then, I stayed back to watch them sing. I then joined them in singing and they said they liked my voice. They said I should join them and I did. I was doing chorus. They guy I met there was the leader of the group then. Later, they said my own voice is far better than his own voice that I should start singing that was when the guy left the group and I began leading the group then.

That was how I started singing. There was this promoter in our area then, the sister used to organise a kind of singing competition. It was a local kind of competition. The law of the competition is that you should sing a song they have never heard before. They were training us to be creative. So, I was the only one doing it. They did for 8 to 9 years. I was the one that was winning the trophy all through at Ajegunle.

How did you now take your music from that stage to a higher level?
I decided to go into it fully because my parents became broke then. My mum was no longer staying with my dad. My mum became broke, so I decided to do what I know how best to do. I was already on the street with my friends. I decided to mingle with those guys. I don’t like being idle, and on my own, I joined them. I decided to make it a professional kind of thing. My parents wanted me to stay in doors.

How come his own success in music didn’t influence you to go into music?
Because I never knew he was a musician then. I was living with my mum then and I was doing my own thing.

Many people comment OSUPA for the richness of the content of your music. How do you achieve that? How did you evolve your own style?

Fuji has no definite style or definition. Barrister said Fuji is the combination of the kind of music that was in vogue then like Highlife and so on. So you can infuse any kind of music into Fuji. But the only thing is that he has pronounced it. And everybody thinks anything outside what Barrister has said is not Fuji. That is why I said my own new music is HIP FUJI now.

I Didn’t Set Out In Life To Be A Musician •FUJI Star, King SAHEED OSUPA was last modified: March 11th, 2018 by City People