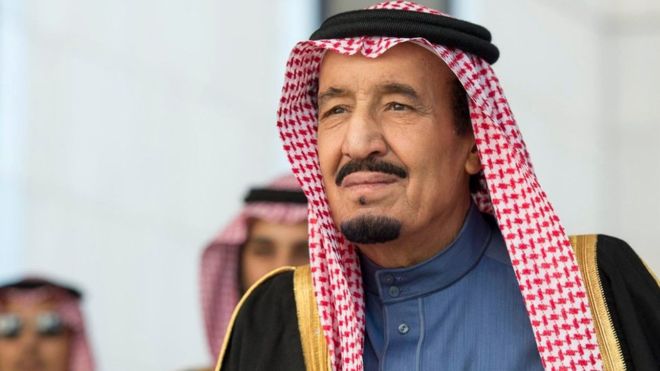 Saudi Arabia said it intercepted a Yemeni rebel missile over Riyadh on Tuesday, as the rebels said the target was Yamamah palace, the official residence of King Salman, according to a report by AFP.
It was gathered that shortly before the unveiling of the Saudi budget, a loud explosion at 1050 GMT was heard. It was later revealed the sound came from a ballistic missile.
“Ballistic missile intercepted over Riyadh,” the Saudi-led coalition battling Yemen’s Huthi rebels said in a statement.
It was the second Huthi missile attack on Riyadh in the past two months.
The first attack, which targeted Riyadh international airport on November 4, triggered the tightening of a longstanding Saudi-led blockade of Yemen — already on the verge of famine.
Saudi Arabia angrily accused its arch foe Iran of supplying the missile to the rebels, a charge Tehran strongly denied.
On Thursday, US ambassador to the United Nations Nikki Haley presented what she called “undeniable” evidence that last month’s missile was “made in Iran”.
But her comments went beyond the findings of a UN investigation which reached no firm conclusion on whether the missile came from an Iranian supplier, saying only that it had a “common origin” to some Iranian designs.
Disaster Averted as Saudi Arabia Intercepts Missile Targeting King Salman’s Palace was last modified: December 20th, 2017 by Arinze Ago