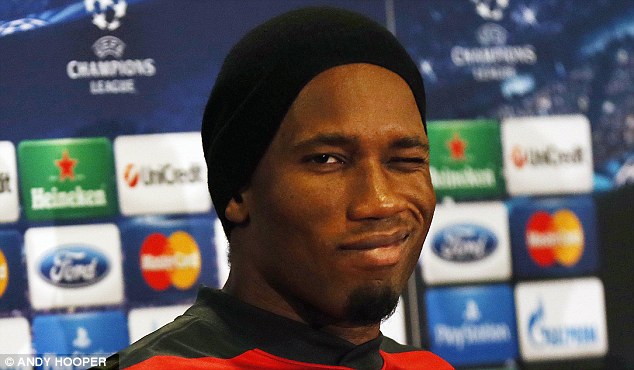 The Ivorian is prepared to follow in Ronaldo’s footsteps and join the Brazilian outfit, with the club’s president now seeking approval from the board

Didier Drogba has agreed to a 12-month contract with Brazilian side Corinthians, Goal understands.

It is believed that the Ivorian frontman will earn $150,000-per-month over the course of a one-year deal.

Drogba is now 38 years of age, but has already stated his intention to prolong a distinguished playing career after parting company with MLS side Montreal Impact at the end of the 2016 season.

“I still have my legs and I’m still like a kid with the ball. My knee got a bit annoyed [last season] but I feel good.”

The Chelsea legend has admitted that he would welcome the opportunity to return to Marseille – the club that helped to propel him to superstardom.

Goal, though, revealed earlier on Thursday that Drogba was open to the idea of taking on a new challenge in South America.

Drogba wants to carry on playing

Corinthians pieced together a proposal, which was sent to his representatives, and the terms have been accepted.

A deal will only be pushed through, however, once club president Roberto de Andrade has got the approval of his